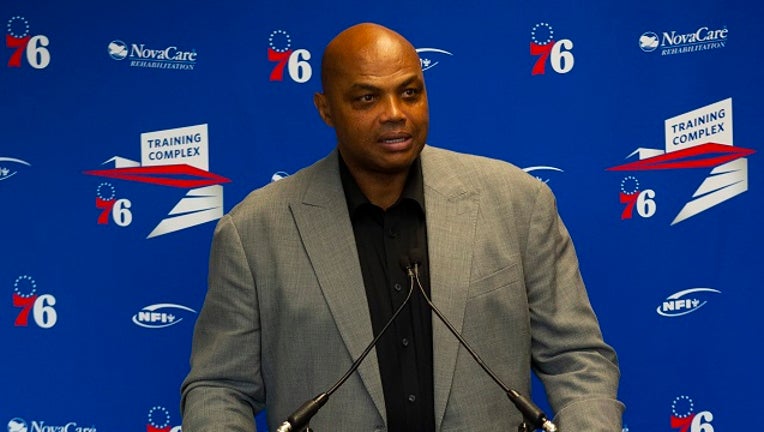 Charles Barkley speaks at the podium prior to his sculpture being unveiled at the Philadelphia 76ers training facility on September 13, 2019 in Camden, New Jersey. (Photo by Mitchell Leff/Getty Images)

NBA Hall of Famer Charles Barkley is the latest big name to self-quarantine as he awaits coronavirus test results.

“I spent the earlier part of the week in New York City. When I got to Atlanta yesterday, I wasn’t feeling well,” the TNT basketball commentator said. “I talked to a couple people at [TNT] and a couple doctors and they told me to self-quarantine for the next 48 hours. I started yesterday, this is my second day.

“I haven’t been feeling great and they didn’t want me to take any chances. ... I went and took the coronavirus test late this afternoon, I have not gotten the results back. So I’m just kinda in limbo right now. I’m really hoping it was just a bug.”

For precautionary reasons, many American institutions are shutting down to stop the outbreak.

The NBA has suspended its entire season until further notice after a player on the Utah Jazz tested positive for coronavirus.

CORONAVIRUS: EVERYTHING YOU NEED TO KNOW

The test result was reported shortly before the Jazz were to take on the Oklahoma City Thunder at Chesapeake Energy Arena. The game was immediately canceled and the affected player was not in the arena, according to an NBA statement.

“The NBA is suspending game play following the conclusion of tonight’s schedule of games until further notice,” the statement read. “The NBA will use this hiatus to determine next steps for moving forward in regard to the coronavirus pandemic.”

The NBA shutdown could cost teams well into the hundreds of millions of dollars depending on how long the shutdown lasts.

Developments in just one 24-hour period included an official designation of “pandemic” from the World Health Organization, the dramatic halt to most travel between the United States and 26 European countries, and infections being announced in rapid-fire pace by Hollywood celebrities, sports stars and political leaders as well as ordinary people on cruise ships.

Amid the fears, it can be easy to forget that more than half those infected have recovered from COVID-19. Most patients have only mild or moderate symptoms, similar to a fever or cold, though symptoms can be severe, including pneumonia, especially in older adults and people with existing health problems.

The Associated Press contributed to this report. Get updates on this story from FoxNews.com.