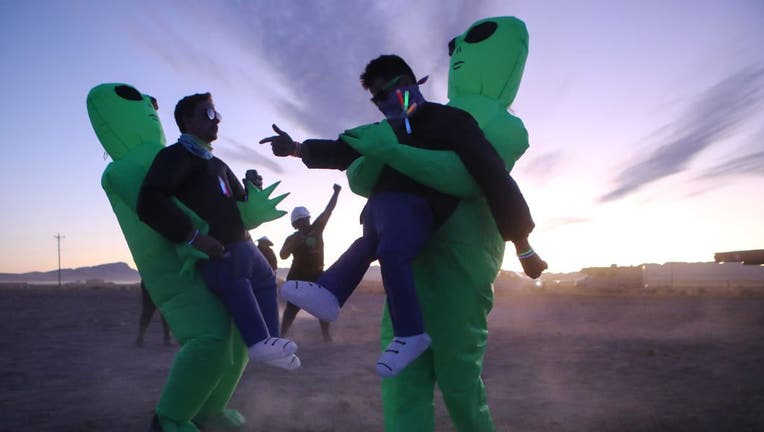 Every May 3, Americans celebrate National Paranormal Day — a day dedicated to occurrences that can’t quite be explained by scientific measures.

Have you ever seen a ghost? Is there a haunted house in your neighborhood? Have you spotted a UFO? And do you have trouble convincing people you’ve experienced any of these?

Fear not, for you’re not alone. According to National Day Calendar, lots of people have their own paranormal experiences and they are encouraged to share them on Monday.

But even if you're too cool to believe in any of that, you can still take part in National Paranormal Day by watching these free movies and documentaries on Tubi:

The Phoenix Incident (2015) — "Strange lights appear in the sky, and four Phoenix residents go missing, as the cover-up begins on the largest UFO sighting in U.S. history."

Beyond the Sky (2018) — "A man who attends UFO conventions to disprove alien abductions meets a woman who is days away from age 28 and claims to be abducted every 7 years."

Earthling (2011) — "After a mysterious atmospheric event, a small group of people wake up to realize that their entire lives have been a lie and they are actually aliens disguised as humans."

Cosmos (2019) — "When three astronomers mistakenly intercept what seems to be a signal from an alien civilization, they uncover something they never saw coming."

Area Q (2012) — "Thomas Mathews, an investigative journalist whose world is turned upside-down when his son disappears, is sent to Brazil to investigate close encounter sightings."

Alien Artifacts: The Lost World (2019) — "Explore the artifacts so impossibly technologically advanced that their existence has continued to baffle scientists and researchers for decades."

Close Encounters of the Fifth Kind: Contact Has Begun (2020) — "One of the leading experts on extraterrestrial life uses interviews and videos to explain the conspiracy behind the suppression of alien evidence."

Alien Case Files (2019) — "What if the government had been hiding the truth about extraterrestrial life forms for years? This documentary speaks to researchers and believers."