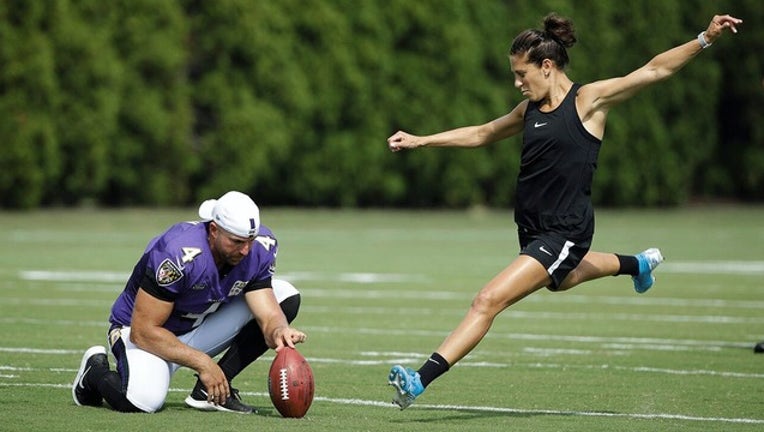 She showed that she could be a viable contributor on either team after showing off her leg.

Lloyd was seen nailing 40-yard and 55-yard field goals at the practice session.

"I'm really impressed with all these guys," Lloyd said in a video she posted. "It's awesome to be here. Really looking forward to the season."

Lloyd's kicking prowess went viral across social media and impressed Pro Football Hall of Famer Gil Brandt – who was the former vice president of player personnel for the Dallas Cowboys.

Brandt tweeted: "Honestly, I don't think it will be long before we see a woman break through this NFL barrier. I'd give her an honest tryout if I were, say, the Bears."

The Chicago Bears notoriously had terrible kicking during a playoff game against the Eagles last season. The team recently released Elliott Fry and appear to be set with Eddy Pineiro to be their starter for the 2019 season.