A man is in custody after leading officers on a high-speed chase.

KERN COUNTY, Calif. - A man is in custody after leading officers on a high-speed chase.

The pursuit began around 5 p.m. in Palmdale with LA County deputies and ended in Kern County over an hour and half later.

Lancaster deputies soon took over and the California Highway Patrol picked up the pursuit once the vehicle got on 60th west and Rosamond Blvd around 5:48 p.m. 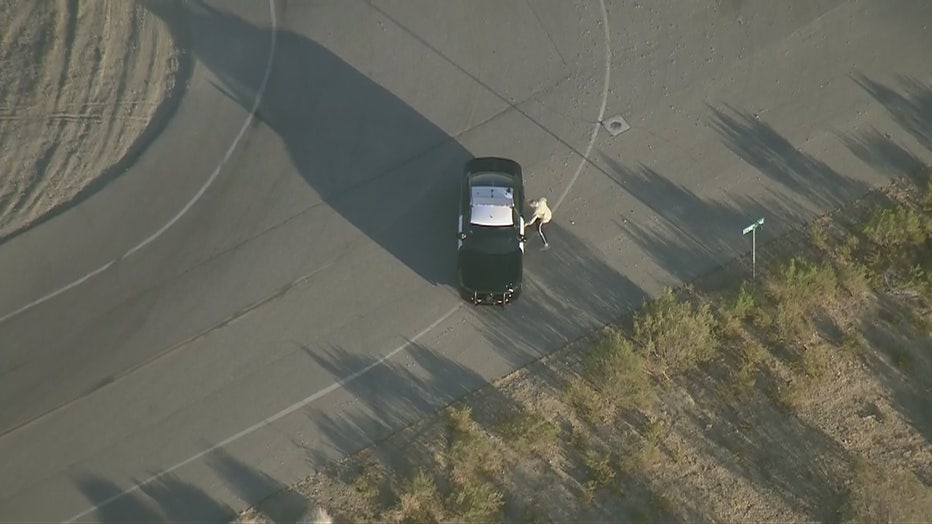 The driver is believed to be a robbery suspect. During the pursuit the suspects carjacked a vehicle in Kern County and drove off going over 100 miles per hour.

Around 5:50 p.m. the driver and passenger fled from the truck they carjacked and ran on foot. The driver then ran towards a CHP patrol vehicle, got into the driver’s seat and took off.

The female passenger ran off into the bushes to hide but was soon taken into custody. 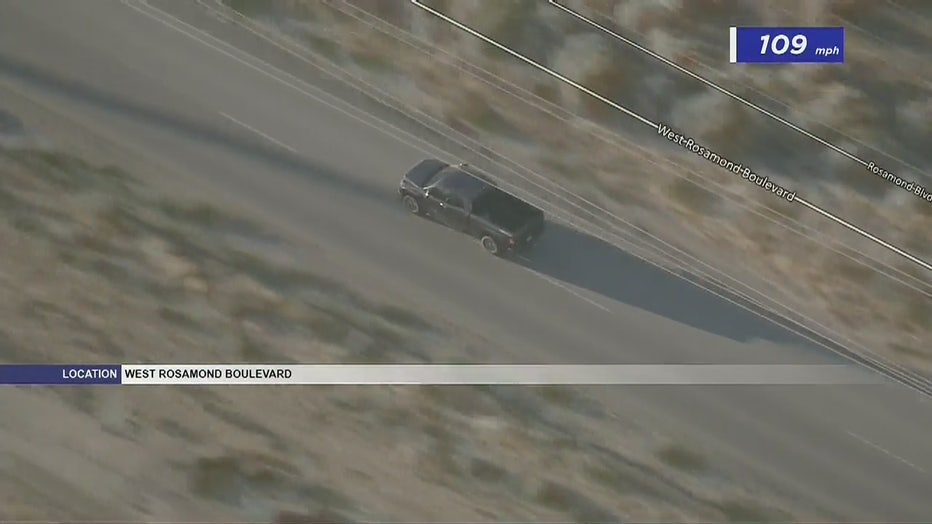 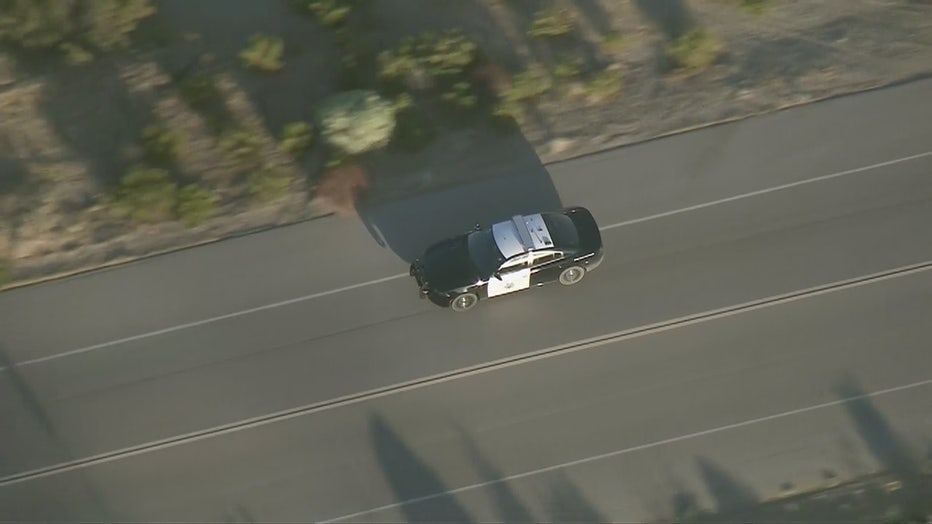 After driving through the dirt, the stolen patrol vehicle got stuck in the sand and the suspect soon surrendered.

Within guns drawn, officers took the man into custody.