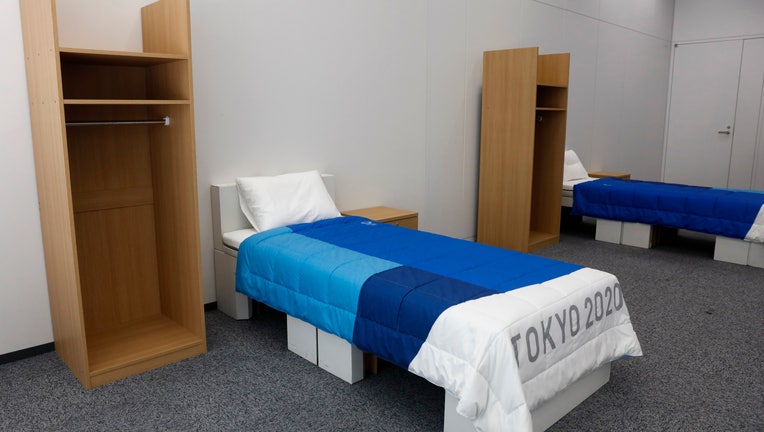 Two sets of bedroom furniture, including cardboard beds, for the Tokyo 2020 Olympic and Paralympic Villages are shown in a display room Thursday, Jan. 9, 2020, in Tokyo. (AP Photo/Jae C. Hong)

NEW YORK - Tokyo Olympic athletes beware — particularly larger ones.  The bed frames in the Athletes Village at this year's Olympics will be made of cardboard. Sturdy cardboard.

“Those beds can stand up to 200 kilograms,” explained Takashi Kitajima, the general manager of the Athletes Village, speaking through an interpreter.

That's about 440 pounds, and surely no Olympic athlete weighs that much.

“They are stronger than wooden beds,” Kitajima added.

He also took into account the possibility of a wild room celebration after, say, a gold-medal victory.

“Of course, wood and cardboard would each break if you jumped on them," he said. 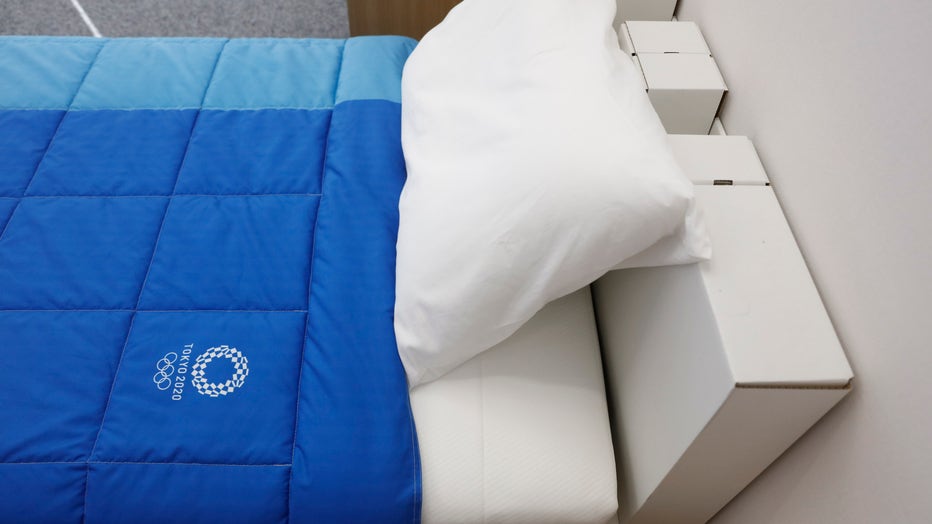 A cardboard bed is photographed in a display room showing furniture for the Tokyo 2020 Olympic and Paralympic Villages Thursday, Jan. 9, 2020, in Tokyo. (AP Photo/Jae C. Hong)

The mattress is broken up into three distinct sections, and the firmness of each can be adjusted.

The idea was to use materials that could be remade after the Olympics and Paralympics. But the cardboard frames and supports should give the rooms a spartan look.

Organizers showed off the beds and a few other furnishings on Thursday at their headquarters. The entire Athletes Village complex will be completed in June. The Olympics open on July 24 followed by the Paralympics on Aug. 25.

“The organizing committee was thinking about recyclable items, and the bed was one of the ideas,” Kitajima explained, crediting local Olympic sponsor Airweave Inc. for the execution. 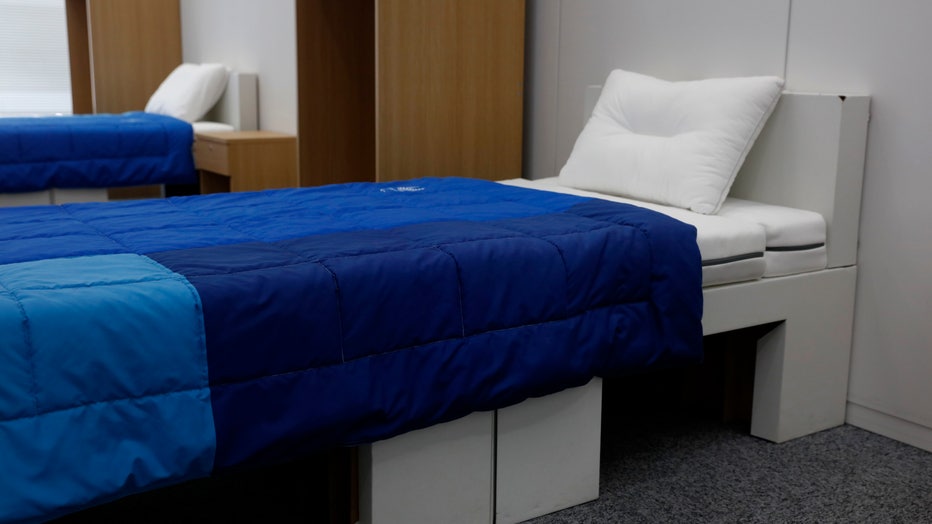 Two sets of bedroom furniture, including cardboard beds, for the Tokyo 2020 Olympic and Paralympic Villages are shown in a display room Thursday, Jan. 9, 2020, in Tokyo. Tokyo Olympic athletes beware - particularly larger ones. The single bed frames

Organizers say this is the first time that the beds and bedding in the Athletes Village have been made of renewable materials.

The Athletes Village being built alongside Tokyo Bay will comprise 18,000 beds for the Olympics and be composed to 21 apartment towers. Even more building construction is being planned in the next several years.

Real estate ads say the units will be sold off afterward, or rented, with sale prices starting from about 54 million yen — or about $500,000 — and soaring to three or four times that much. Some fear the apartments will flood the market, possibly impacting property values.

The units will be sold off by various real estate companies. Ads suggest many of the units will be slightly larger than a typical apartment in Tokyo, which is about 60-70 square meters — or 650-750 square feet.