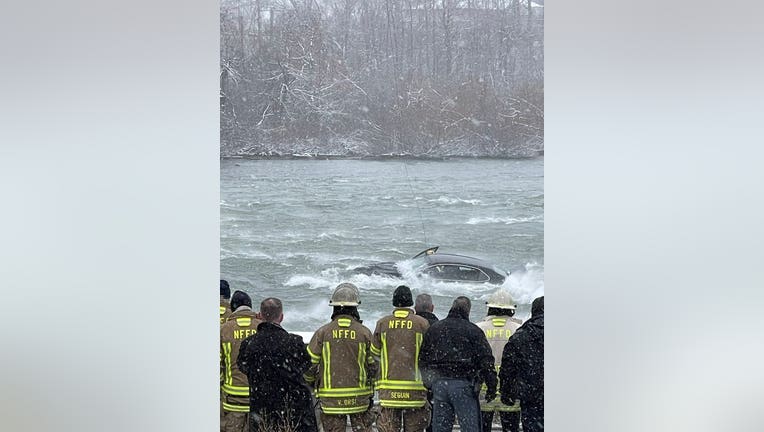 NIAGARA FALLS, N.Y. - A car that was stuck partly submerged near the brink of Niagara Falls after a daring rescue attempt last week went over the falls this weekend and cannot be seen from the shore, state parks officials said Monday.

A U.S. Coast Guard swimmer who descended by a cable from a hovering helicopter pulled a woman from the car Wednesday. State park police said the woman, who did not survive, likely drove into the river on purpose.

The car was last seen in the churning rapids above the American Falls at about 9 p.m. Saturday amid rising water and heavy winds. The car was gone from the brink by daybreak Sunday when the water receded, according to a statement from the state parks department.

The car was not visible amid the mist and boulders at the bottom of the falls.

"However, State Parks will continue to monitor for debris or visual impact," the department said. "We will evaluate removal if we make visual contact with the car."