A car crashed into a KFC restaurant in Queens after a shoplifting incident turned into an attempted carjacking.

NEW YORK - The NYPD is investigating after a car crashed into a KFC/Pizza Hut restaurant in Queens on Monday afternoon after a shoplifter tried to carjack a driver.

Police say the incident happened at around 2 p.m. in Hillcrest, when what began as a shoplifting incident at a nearby Rite Aid store.  The man had taken items in a shopping cart from the store.

The attacker allegedly grabbed the wheel and the victim tried pushing him out and hit the gas.  That sent the car careening into the restaurant on Union Turnpike.

Neither the suspect nor the victim suffered any serious injuries.

Inspectors did not find any danger of the building collapsing from the crash.  The property owner was ordered to properly board up the damaged section of the building until it could be repaired. 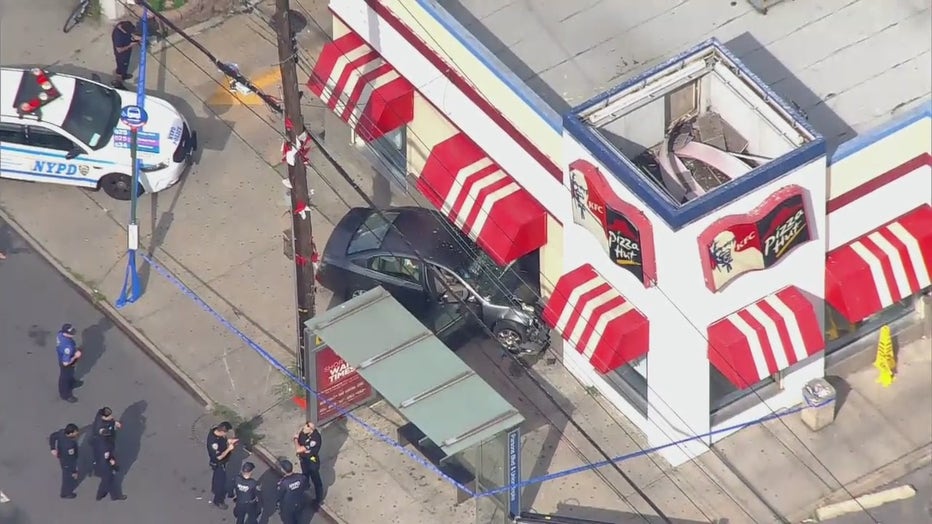 A car crashed into a KFC in Queens on Monday afternoon.