An SUV smashed through the glass front of an Apple store at a shopping center in Hingham, Massachusetts, on Monday. At least one person died.

HINGHAM, Mass. - One person is dead and 16 people were taken to hospitals after an SUV smashed through the glass front of an Apple store at the Derby Street shopping center in Hingham on Monday morning.

A dramatic photo posted on Twitter showed a giant hole in the front of the store and rescue personnel inside the building. Witnesses reported that the car was traveling at a high rate of speed as it rammed through the front and ended up in the back of the store.

At least one victim was seen being treated outside the building. Others were seen being taken away on stretchers.

Officials said they were treating the incident as "an active criminal investigation" but declined to say if the driver would face charges. 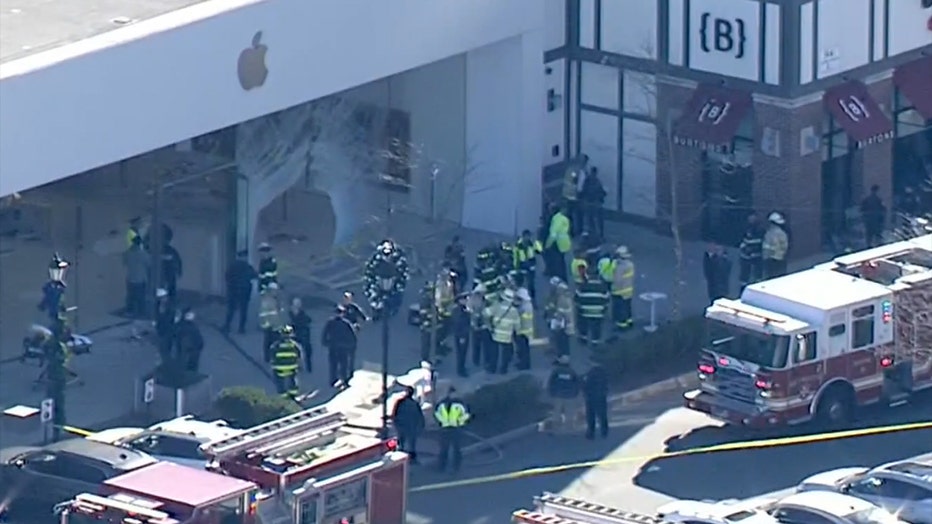 "This morning was an unthinkable morning, and people are trying to get through it and process what happened," Plymouth District Attorney Timothy Cruz said at a news conference. "This investigation is active and ongoing."

Law enforcement identified the victim as Kevin Bradley, 65, of New Jersey. He was pronounced dead at the scene, officials said. 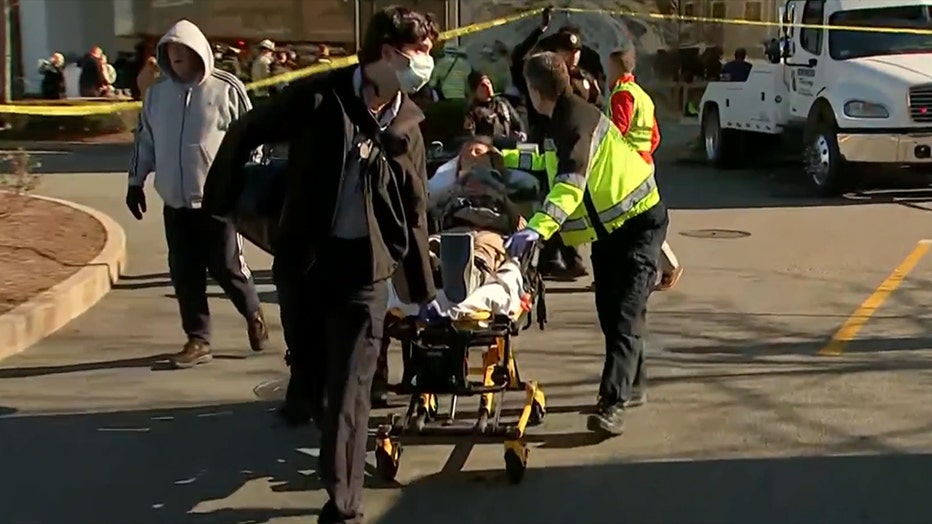 People were screaming and crying. One woman thought that someone had started shooting. She dove under a desk.

One Twitter user said his wife was at the scene and had used a spare jacket as a tourniquet on a victim.  She reported that a black 4Runner "drove full speed into the Apple store." 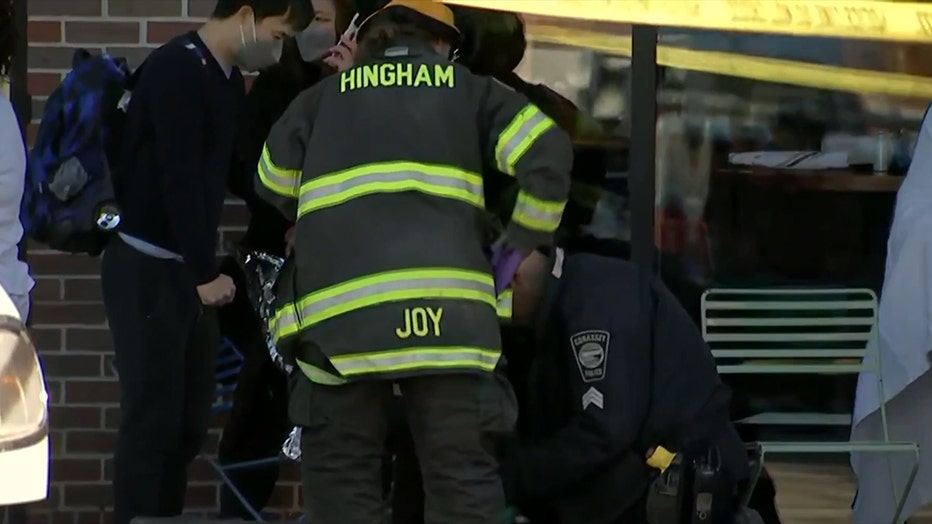 The conditions of the victims were not known.

It wasn't clear if the crash was intentional or if the driver might have suffered a medical emergency.

The shopping center, already decorated for the holidays, was filled with people looking for gifts to buy. It was unclear how many people were inside the Apple store.

Apple released a statement saying it was "devastated by the shocking events at Apple Derby Street today and the tragic loss of a professional who was onsite supporting recent construction at the store."

"Our hearts go out to our team members and customers who were injured and all of those who were affected by this terrible incident," the company said. 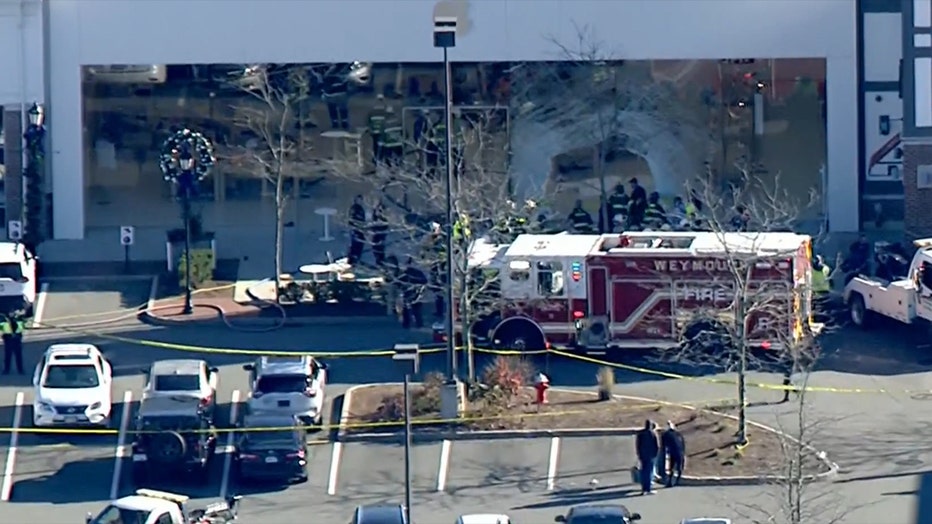