A standoff is underway involving a car chase suspect in the San Gabriel Valley.

LOS ANGELES COUNTY, Calif. - A car chase suspect is in custody, but not before leading a standoff with cops for nearly an hour in the San Gabriel Valley.

SkyFOX is over the scene as there were several deputy cruisers parked right behind the suspect near the intersection of Merle Drive and North Wilcox Avenue late Wednesday night. Officials believe the suspect could be armed with a knife.

During several different instances, the suspect drove for a couple blocks, stopped the car, then drove another couple more blocks in an effort to avoid arrest.

The suspect was initially wanted for possible assault with the knife. It is unknown if anyone was hurt by the alleged assault with a knife.

Other than assault with deadly weapon and leading authorities on a lengthy chase and standoff, it is unknown if the suspect was wanted for other crimes. 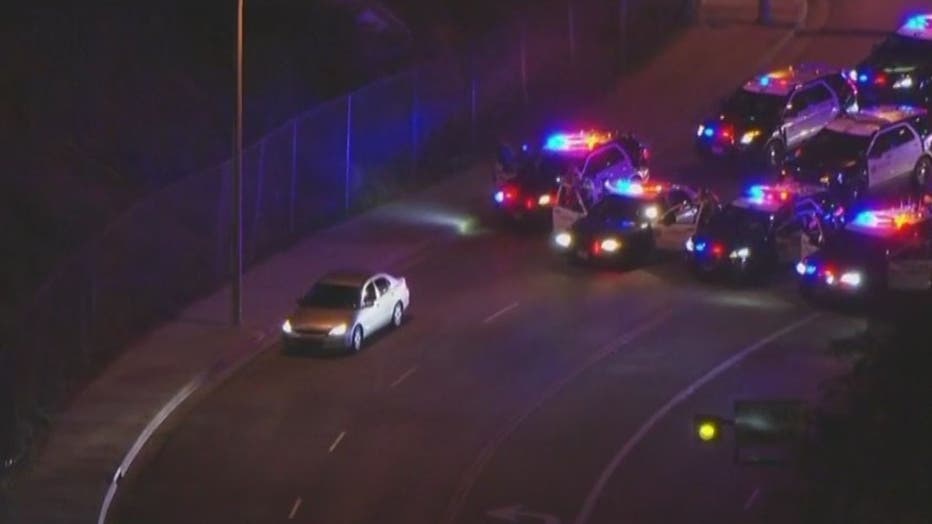 A standoff is underway involving a car chase suspect in the San Gabriel Valley.