Burglars ride motorcycles out of Harley-Davidson dealership in Indiana

KOKOMO, Ind. - Police in Indiana are searching for burglary suspects who stole four motorcycles worth a combined value of nearly $100,000 from a Harley-Davidson dealership and rode right out of the building’s front door.

The heist was reported March 17 at a dealership in the city of Kokomo, about an hour north of Indianapolis. Surveillance video from inside the dealership captured the four suspects at approximately 3:22 a.m. entering the showroom floor.

All were wearing "concealable clothing and motorcycle helmets," the Kokomo Police Department said.

"The suspects were able to start the motorcycles and ride out of the building through the main showroom doors," the department wrote in a post. 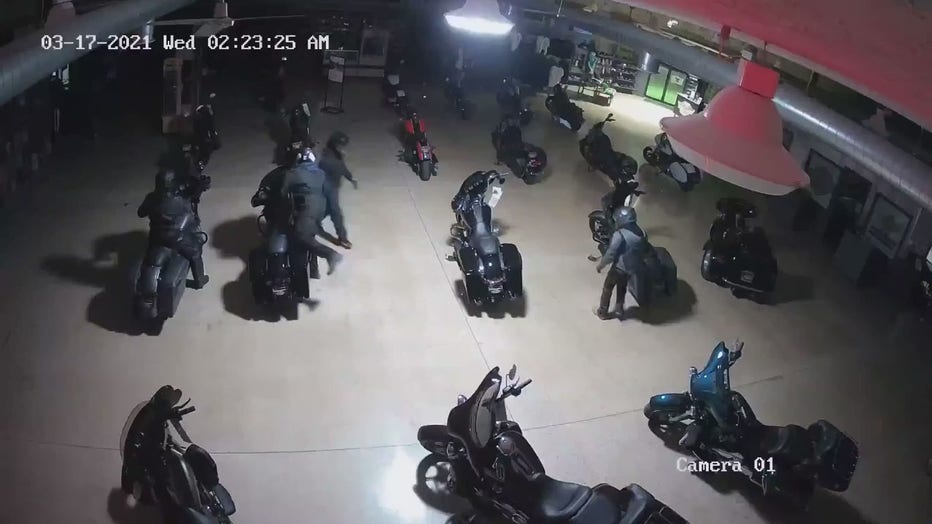 The heist was captured on video at a dealership in the city of Kokomo, Indiana, on March 17, 2021. (Photo credit: Kokomo Police Department via Storyful)

The total value of the stolen motorcycles was estimated to be more than $95,000, police said.

Anyone with information about the case was asked to call the Kokomo Police Department at (765) 456-7017.