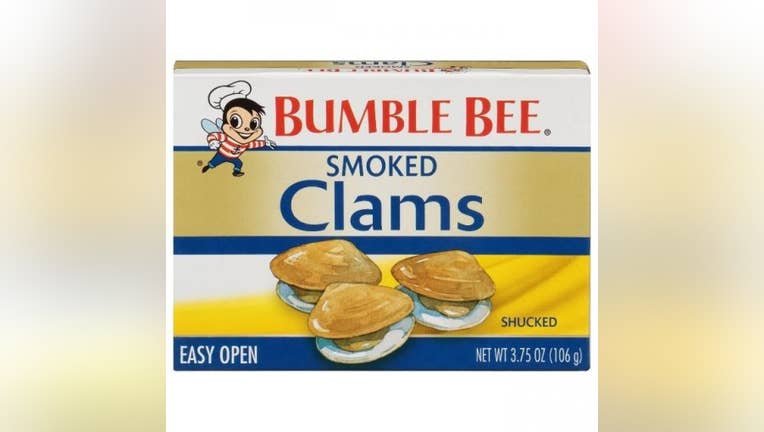 Bumble Bee Foods has recalled a line of its smoked clams after FDA testing found detectable levels of PFAS, or what’s better known as "forever chemicals."

According to the U.S. Food and Drug Administration, the recall only applies to 3.75-ounce cans of Bumble Bee Smoked Clams with the UPC Label 8660075234, which came from a third-party manufacturer in China. The agency didn’t say how many cans have been recalled.

The clams were distributed to "a limited number" of retailers nationwide, the FDA said, and no illnesses have been reported.

The recall does not include any other Bumble Bee products.

PFAS is short for per- and polyfluoroalkyl substances, which are used in nonstick frying pans, water-repellent sports gear, stain-resistant rugs, cosmetics and countless other consumer products. The chemical bonds are so strong that they do not degrade or do so only slowly in the environment and remain in a person’s bloodstream indefinitely.

In mid-June, the U.S. Environmental Protection Agency warned that two types of PFAS — PFOA and PFOS — are more dangerous than previously thought and pose health risks even at levels so low they cannot currently be detected.

The agency issued nonbinding health advisories that set health risk thresholds for PFOA and PFOS to near zero, replacing 2016 guidelines that had set them at 70 parts per trillion. The two compounds have been voluntarily phased out by U.S. manufacturers, but there are a limited number of ongoing uses and the chemicals remain in the environment. 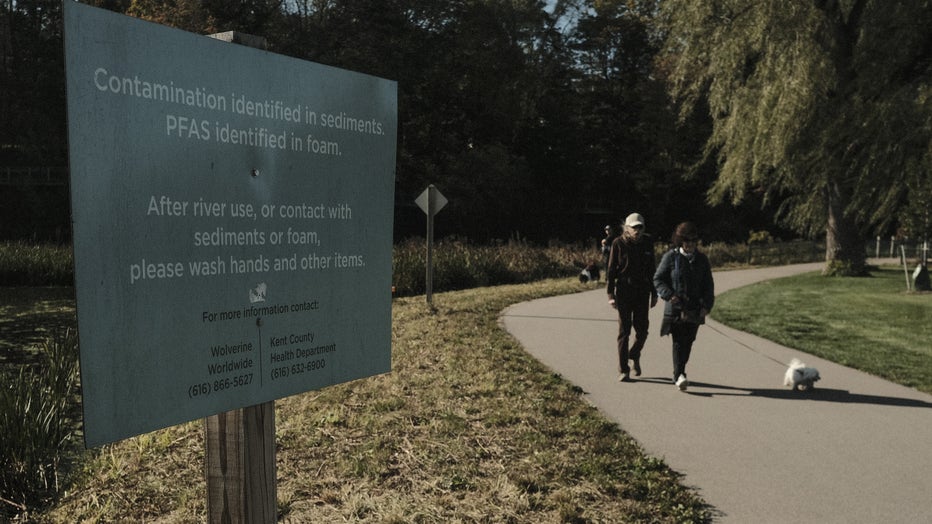 A sign warns visitors of the White Pine Trail of PFAS contamination in the Rogue River in Rockford, Michigan, U.S., on Sunday, Oct. 17, 2021. Photographer: Matthew Hatcher/Bloomberg via Getty Images

The revised health guidelines are based on new science and consider lifetime exposure to the chemicals, the EPA said. Officials are no longer confident that PFAS levels allowed under the 2016 guidelines "do not have adverse health impacts,″ an EPA spokesman said.