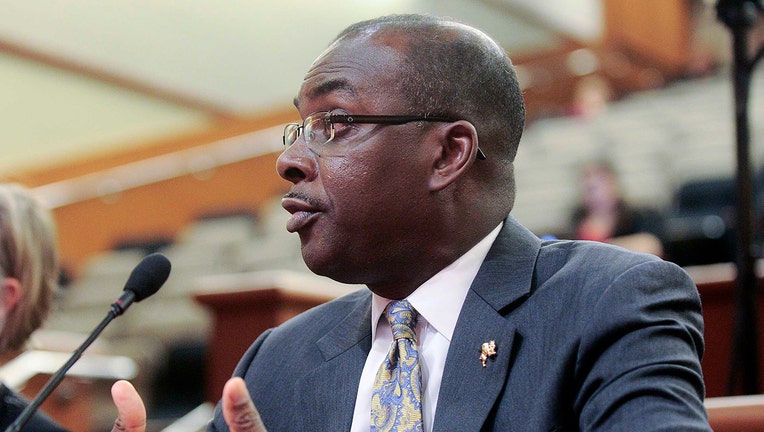 NEW YORK - Buffalo, New York, Mayor Byron Brown was not even on the ballot for his city's mayoral election but he has declared victory over Democratic candidate India Walton – a self-declared democratic socialist.

The Associated Press remained unable to call the race because elections officials have yet to tally how many of at least 34,000 write-in votes cast in the election went to Brown, whose name didn’t appear on the ballot.

But Walton conceded Wednesday, saying she was unlikely to catch up. Brown, who had asked supporters to put his name down on their ballots after his primary loss in June, declared himself the winner of a record fifth term.

"The people chose four more years of the Brown administration," Brown told supporters at approximately 10:30 Tuesday night, the Buffalo News reported. "The people chose one of the greatest comeback stories in our history."

The NY Times reported that  Brown’s campaign purchased tens of thousands of ink stamps bearing the mayor’s name and distributed them to a variety of supporters across the city.  Under New York election law, using such a rubber stamp is legal.

Walton was the only candidate on the ballot in the mayoral race, as she defeated Brown in the Democratic primary by just 1,049 votes. She won after receiving support from the Democratic Socialists of America.

Brown ran his write-in campaign with support from law enforcement and criticized Walton for her plans to cut $7.5 million from the police department budget. She said the plan was aimed at addressing the root causes of crime. Brown said the move is "clearly defunding police."

Brown, refusing to accept that he was out of the running, then launched a write-in campaign. Walton, meanwhile, enjoyed backing from fellow democratic socialist Rep. Alexandria Ocasio-Cortez, D-N.Y. The two joined forces at a campaign event on Oct. 23, the first day of early voting in Buffalo.

In his speech Tuesday night, Brown alluded to how the election's outcome sent a message that Democratic voters rejected far-left policies.