A group of women and a man brutally beat and robbed a woman with disabilities in Harlem. WARNING: GRAPHIC VIDEO

NEW YORK - Police in New York are looking for a group of four lowlifes who attacked and robbed a woman with disabilities.

The NYPD says the sickening attack took place on Tuesday at about 8:15 p.m. at the corner of 8th Avenue and West 151th Street in Harlem.

A 61-year-old female victim was at the corner when four individuals, three women and a man, began a verbal dispute with her. The group then pulled the woman to the ground and started kicking, punching, and hitting her head with a cooking pot. One dragged her by her hair.

After the brutal beating, they took her bag containing approximately $22 and credit cards. They also stole her walker.

EMS took the woman to NYC Health & Hospitals/Harlem for her injuries. She was listed in stable condition.

The attackers are described as three females and one male, approximately 20 to 30 years of age.

Police released a surveillance video and photos of the people they were looking for and asked for anyone who knows them to provide anonymous tips. 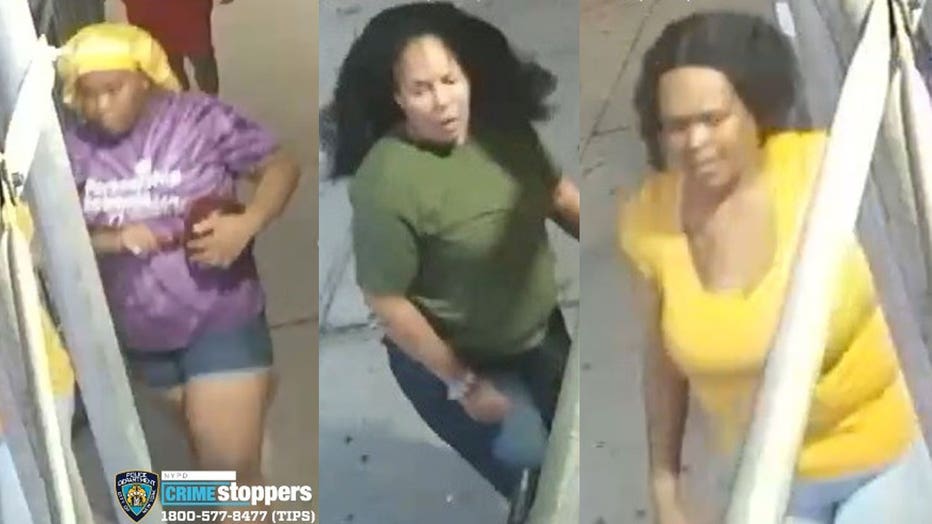 The NYPD released photos of three women wanted for attacking a 61-year-old woman and stealing her walker.