NEW YORK - For Brooklyn Navy veteran Hans Dannerhoj, most days begin with a paintbrush and a blank canvas.  Then, he lets his imagination and his emotions guide the way.

"That thing that’s sticking in me, it starts flowing out. It’s hard to explain," he tells FOX 5 News.

Artistic talent runs in the family.  Dannerhoj’s mother was a painter and sent him off to the High School of Art and Design, where he graduated in 1961.

Less than a year later, Dannerhoj joined the Navy, serving from 1962-1966 aboard the USS Canisteo.

"We experience some traumatic events in the service and sometimes it comes back to you. I tend not to talk about it a lot," Dannerhoj recalls.

Following a four-year tour and a lengthy career on Wall Street, Dannerhoj now uses art as a form of therapy.

The American hero now pays it forward by sharing his passion with fellow vets at the local VA.

That's where he met Desert Storm veteran Ana Charles and taught her how to paint.

Charles joined the Army Reserve in 1975.

After re-enlisting, she was deployed to the Middle East.

Charles began gifting her paintings to healthcare providers at the VA several years ago, but wanted to do "something more." 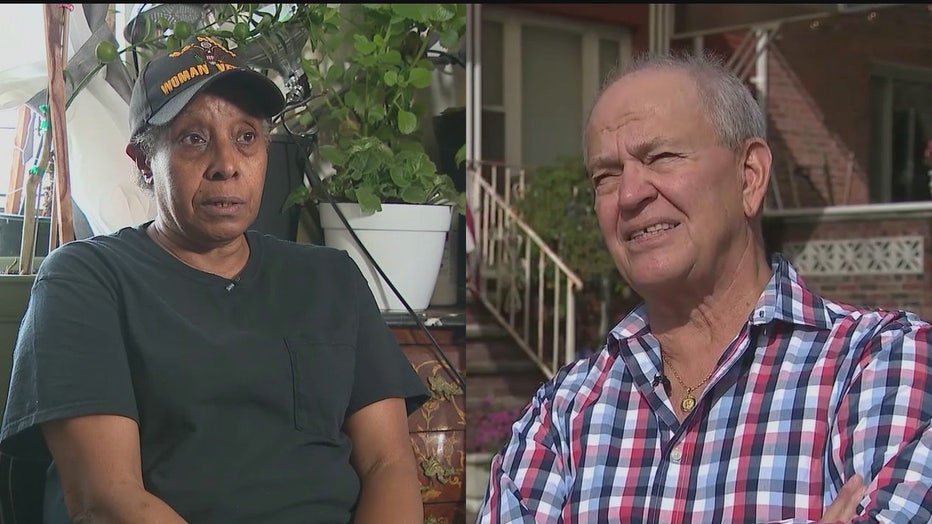 She and her mentor, Dannerhoj, submitted some of their best work in the 2021 National Veterans Creative Arts Competition.

Both Brooklyn veterans are finalists and have advanced to the national level of judging.

"I never think of winning. I always think of the joy it gives me to paint it and to know that I participated. To me, that’s winning already," she adds.

The true prize, they say, comes from the journey-- and from saving those who have served.