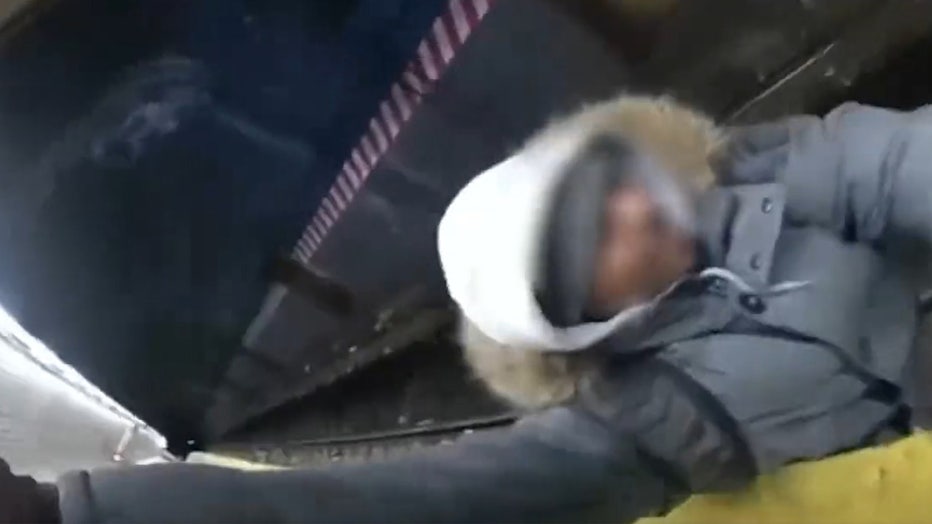 Officers were alerted Saturday morning that someone fell onto the tracks. They then jumped to the track area and pulled the man to safety before a train could enter the station, police say.

In a tweet, NYPD Commissioner Keechant Sewell praised the officers for their quick and heroic actions, saying, "Last night, when a straphanger accidentally fell onto the tracks in a Brooklyn train station - Officers who were close by sprinted to his aid & pulled him to safety," Sewell tweeted along with video of the rescue. "Proud of these officers for their quick actions — helping a fellow NYer in need."

A similar situation happened on Thanksgiving when a man accidentally fell onto the subway tracks in Manhattan, and was rescued by a pair of NYPD officers, as well as a good Samaritan.

According to authorities, Officers Victor and Bokth of the 25th Precinct were conducting a transit patrol at the East 116th Street and Lexington Avenue subway station in East Harlem.

While they were on the southbound platform, officers were alerted that a man had fell onto the tracks on the northbound side of the station.

With the assistance of the good Samaritan who had already gotten onto the tracks to help the stricken man, the officers jumped down to the track roadway and got the man off the tracks and onto the platform, just seconds before an incoming northbound 6 train entered the station.

An additional officer, identified as Officer Gregorek, was able to use his prior medical training to render aid to the man while awaiting the response of medical personnel.

The victim, a 40-year-old man, was taken to Mount Sinai Morningside in stable condition with minor-injuries to his right hand and back.