Federal authorities announced gun-trafficking charges against a group of aspiring rappers. The feds say that the operation brought dozens of firearms from Georgia to New York City.

NEW YORK - Federal prosecutors have filed charges against nine alleged rappers and gang members in connection with a firearms trafficking operation that allegedly brought dozens of guns from Georgia to New York City. The operation went on from August 2020 until about April 2021.

An indictment alleges that James Thomas and Courtney Schloss men used a Georgia resident to buy at least 87 guns from six federal firearms licensees in Georgia. They would allegedly make orders for specific firearms from customers in New York and elsewhere and sometimes collected money via mobile banking apps. They would then take some guns to New York by bus to sell, some to felony who are prohibited from possessing guns.

Prosecutors say Schloss is a member of the Brooklyn-based gang known as the "Blixky Gang" and that many of the people who bought guns were also members of the same gang.

"These arrests should also send a message to anyone who is thinking about illegally selling guns to New Yorkers or illegally bringing guns to New York: We and our law enforcement partners are watching," U.S. Attorney Audrey Strauss said. "And we will prosecute gun traffickers to the fullest extent of the law."

The indictment claims that the "Blixky Gang is comprised largely of aspiring rappers and its members have produced several music videos." Prosecutors say some of the illegal weapons were used in the music videos.

RELATED: Illegal guns continue to pour into New York via the Iron Pipeline

One video entitled "Guns in the Booth" appears to have been produced in New York City. It shows several people brandishing firearms and shows stacks of cash with guns on them.

"Combatting firearms trafficking lies at the heart of ATF's strategy to stop violent gun crime," ATF Special Agent in Charge John DeVito said. "Exploitation of Crime Gun Intelligence along with effective collaboration with our law enforcement partners will allow us to disrupt and dismantle groups such as this that in turn fuel the violence in our communities."

Prosecutors say one of the guns was used to shoot at NYPD officers in the Bronx on Feb. 21, 2021. 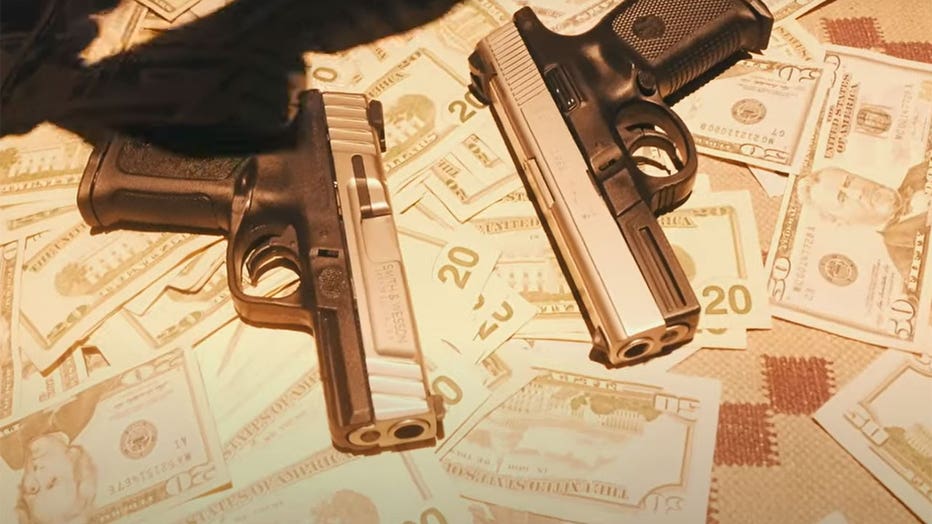 The names of all of the defendants in the indictment included: