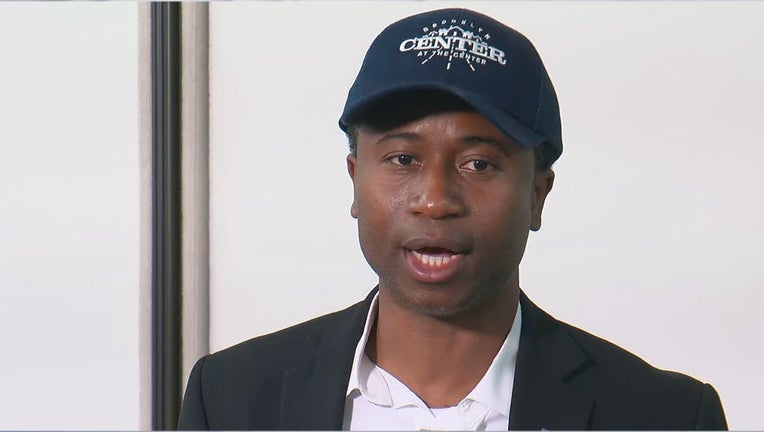 Wright was shot and killed by former Brooklyn Center police officer Kim Potter on Sunday during a traffic stop. In response, there have been three nights of protesting at the Brooklyn Center Police Department. At times, the demonstrations have turned violent, leading to looting of businesses and bricks thrown at police officers.

According to Acting City Manager Reggie Edwards, the Brooklyn Center Community Crisis Team has nine volunteer members from businesses, the faith community and city government. The team had its first meeting Wednesday and will continue to meet for the next 10 days to discuss strategies, such as having groups wear an identifying item signifying they are peaceful protesters.

"So now we understand that now police officers know when that group shows up - that's one of the groups doing peaceful protesting," said Edward. "So it's not to say something can't happen, but the advantage now is police can take their focus on a smaller group and begin to identify who is working in a particular area."

Brooklyn Center issued a curfew Wednesday night from 10 p.m. to 6 a.m. Mayor Elliott called for peace from those demonstrating in the wake of the shooting.

"All eyes of the world are on Brooklyn Center and I want to urge all of you out to protest peacefully to do so without violence," said Elliott. "We need to show and must show the very best of our community."

In an interview with FOX 9, Acting City Manager of Brooklyn Center Reggie Edwards talked about the police response to protesters Tuesday night, how he hopes to handle his duties during a trying time for the city and what his community is feeling this week.

Elliott said he stands with the city council, which passed a resolution prohibiting the Brooklyn Center Police Department to use some crowd control tactics, such as kettling or tear gas. However, other agencies, such as the Minnesota State Patrol have used tear gas and other irritants during the unrest.

"We have to approach policing in a different way in a more humane way. Gassing in my opinion is not a humane way of policing," said Elliott.

As the city grapples with the aftermath of the shooting, there have been changes among city leadership. Brooklyn Center Police Chieg Tim Gannon resigned on Tuesday along with Potter. City Manager Curt Boganey was also fired on Monday. The City Council also voted to give Mayor Mike Elliott control of the police department.