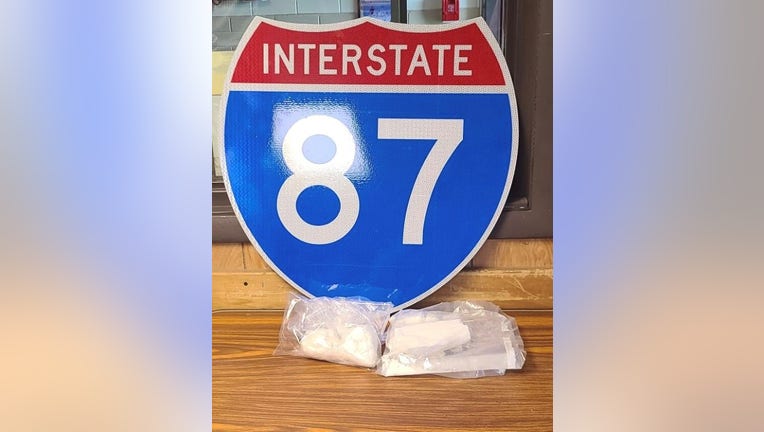 An image released by the NY State Police shows the cocaine they say they found in a diaper bag a Bronx mother was carrying. (NY State Police)

NEW YORK - A Bronx woman is in jail after police found 25 ounces of cocaine in her baby's diaper bag during a traffic stop in upstate New York.

According to the New York State Police, Shante Pleasant, 33, was pulled over on I-87 near the town of Coxsackie in Green County.

Authorities discovered that she did not have a valid driver's license, and were preparing to tow her car when they decided to take inventory of what was inside the vehicle.

Inside the car, police found 25.3 ounces (718.5 grams) of cocaine concealed inside her baby's diaper bag. Pleasant was driving with two of her children, a 13-year-old and a 7-month-old, at the time of her arrest.