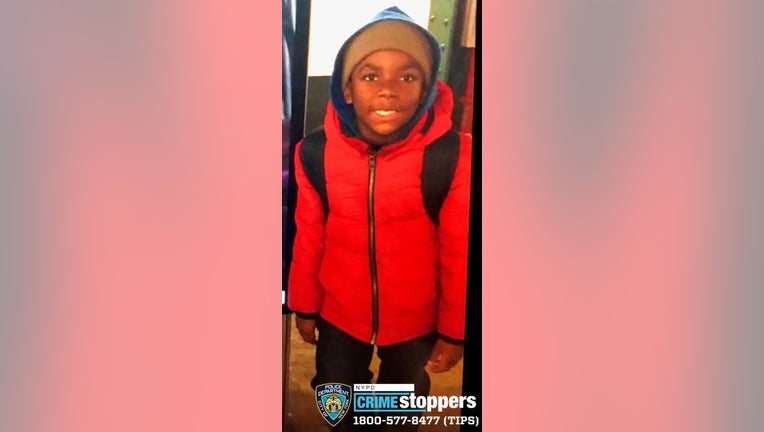 Oshea McFarlane, 8, of the Bronx is missing, says the NYPD.

NEW YORK - An eight-year-old boy from the Bronx was reported missing as a storm hit New York City Monday.

The NYPD was asking for the public's help finding Oshea McFarlane of 175 East 178th Street.

He was last seen in his home in the Mount Hope section of the borough at about 4:30 p.m.

Oshea is described by police as black, four feet tall and 60 lbs.

He has a thin build, dark complexion, black hair and brown eyes. He was last seen wearing a red down jacket, blue sweat pants, black sneakers and a blue book bag.