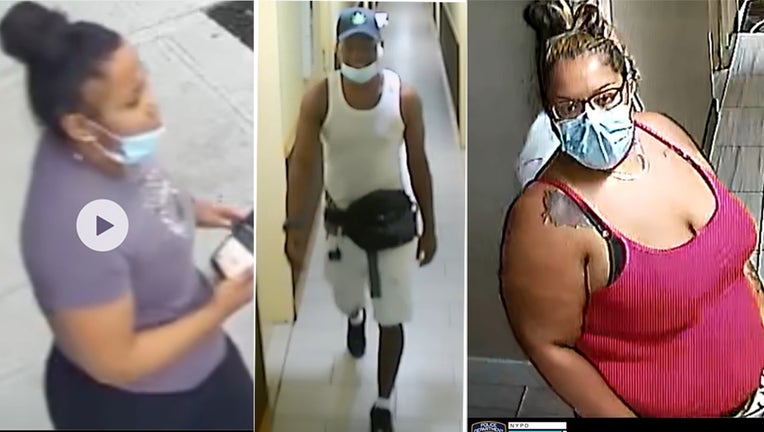 NEW YORK - The NYPD is searching for three suspects connected to an armed robbery ring in the Bronx that has been luring men to hotels before tying up their victims and escaping with cash and clothing. According to authorities, the thieves struck at least five times in July.

Prior to each incident, police say the suspects connect a man with an alleged woman via Facebook and agree to meet up with them at a motel. The victim would then go to the motel at the agreed-upon time, where he would meet with an unidentified woman.

Once both were inside the hotel room, the woman would instruct the man to take a shower, and while he is in the bathroom, she lets another woman and a man into the room.

When the man exits the bathroom, the two new people in the hotel room both point guns at the victim and threaten to shoot him.

The three suspects would then tie up the victim using duct tape and take his personal property, including cash and cellphones, before fleeing the location with the victim's clothing.

The five robberies occurred on the following dates and times:

None of the victims reportedly suffered any serious injuries.

The suspects are described as:

Anyone with information in regard to these incidents is asked to call the NYPD's Crime Stoppers Hotline at 1-800-577-TIPS (8477) or for Spanish, 1-888-57-PISTA (74782). The public can also submit their tips by logging onto the Crime Stoppers website at WWW.NYPDCRIMESTOPPERS.COM, or on Twitter @NYPDTips.