LOS ANGELES - After nearly 14 years, Britney Spears is finally free after a judge on Friday ruled in favor of terminating the court conservatorship that has covered her life. The singer’s attorney lauded her "courage and poise" in the wake of the ruling as crowds of Spears’ fans cheered in the background.

The complexity of the conservatorship was two-fold: one part that covered her estate, including her finances, while the other was of her person, which included her health and well-being.

"The conservatorship of the person and estate of Brittany Jean Spears is no longer required," Los Angeles Superior Court Judge Brenda Penny declared in court on Friday.

Britney Spears 14 year conservatorship has been terminated by a judge in Los Angeles.

He continued, "Not only is this momentous for Britney, but she helped shine a line on — not only this conservatorship which was corrupted by her father James Spears — but she helped shine a light on conservatorships and guardianships from coast to coast, from California to New York, and that took a tremendous amount of insight, courage and grace."

Rosengart made it his goal first to have James Spears removed from his role as conservator of his daughter’s finances before working to end the conservatorship altogether. The judge suspended James Spears at a September hearing, citing the "toxic environment" his presence created.

In September, Penny agreed with a petition from Spears and Rosengart to remove her father, James "Jamie" Spears, from his role as conservator. The move was a major victory for the singer, who pleaded in dramatic hearings in June and July that her father needed to be out.

But more courtroom battles could lie ahead.

Rosengart has further vowed to pursue an investigation of James Spears’ role in the conservatorship. He said he and his team have found mismanagement of Britney Spears’ finances, suggesting she could pursue further legal action. Court records put her net worth at about $60 million.

He also said that law enforcement should investigate revelations in a New York Times documentary about a listening device placed in her bedroom.

James Spears’ attorneys said Rosengart’s allegations ranged from unsubstantiated to impossible, and that he only ever acted in his daughter’s best interest.

The post-conservatorship fight has in some ways already begun. James Spears has parted ways with the attorneys who helped him operate it, and he has hired Alex Weingarten, a lawyer specializing in the kind of litigation that may be coming.
In court filings last week, Britney Spears’ former business managers, Tri Star Sports and Entertainment Group, pushed back against Rosengart’s demands for documents about the firm’s involvement in the conservatorship from 2008 to 2018. The group also denied any role in or knowledge of any surveillance of the superstar. 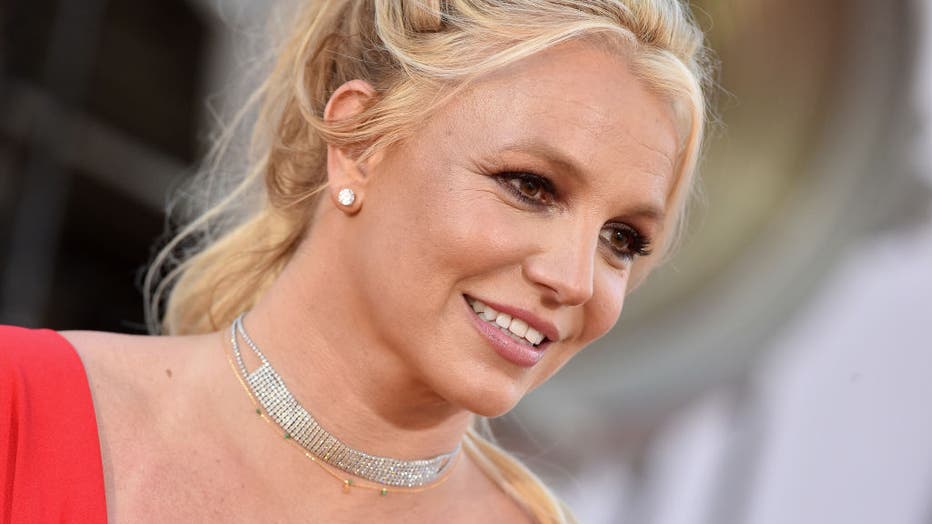 FILE - Britney Spears attends Sony Pictures' "Once Upon a Time ... in Hollywood" premiere on July 22, 2019, in Hollywood, California. (Photo by Axelle/Bauer-Griffin/FilmMagic)

Meanwhile, Jodi Montgomery, the conservator who oversaw the 39-year-old's life and medical decisions, had developed a care plan with her therapists and doctors to guide her through the end of the conservatorship and its aftermath.

Fans who have demanded the court #FreeBritney, whom she has credited with bringing her to this point, were outside the courthouse in significant numbers.

Fans and media gathered outside the courthouse in Los Angeles, ahead of pop star Britney Spears' hearing regarding her ongoing conservatorship.

As recently as six months ago, it appeared that the conservatorship would continue indefinitely. It has since unraveled with surprising speed — including a key speech made by Britney Spears at the June hearing.

For years it was largely a mystery how she felt about the arrangement. But allowed to speak publicly in court, she passionately detailed restrictions and scrutiny of her life that she called "abusive."

She demanded that the conservatorship end without any prying evaluation of her mental state.

RELATED: Britney Spears asks to end her conservatorship: 'I just want my life back’

Regaining her personal and financial powers after so many years will take some untangling, and the process could take months.

Britney Spears would also likely hire financial managers, assistants and attorneys to perform many of the same duties previously performed by the conservatorship. But their decisions would be subject to her approval — and she could hire and fire them at will.