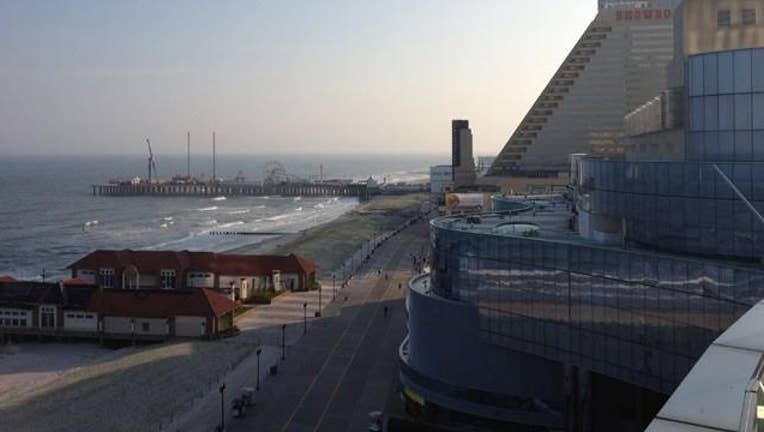 NEW JERSEY - A senior citizen from Philadelphia who was visiting the resort city of Atlantic City was rushed to the hospital after a stranger attacked her with a brick on the boardwalk.

The Atlantic City Police Department says the attack occurred last Friday afternoon on the 2700 block of the oceanfront boardwalk.

Police found the woman bleeding from the head.  EMS transported her to AtlantiCare Regional Medical Center, City Division, for treatment of injuries sustained in the assault.

Witnesses said they saw a man hit the woman with a t-shirt containing a brick. A passerby, who remains unidentified, intervened and stopped the assault.

Police say the suspect, Samuel Cooper, 43, of Philadelphia, was still on the scene and still holding the t-shirt when officers arrived.

He was arrested and police confiscated the t-shirt containing the brick.  Police say it appears that he did not know the victim before the attack.

Cooper was being held at the Atlantic County Justice Facility. It was unclear if he had a lawyer who could speak on his behalf.