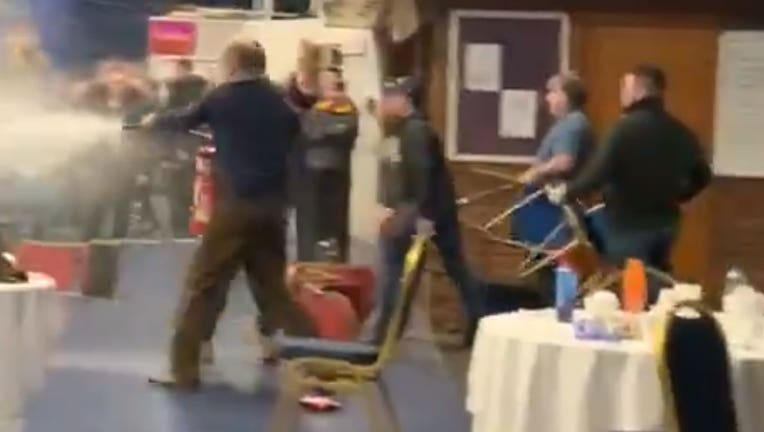 COVENTRY, England (AP) — Police are investigating an outbreak of violence at a youth boxing tournament in England that led to its cancellation.

Video footage from Saturday published on social media showed people throwing chairs at each other and one man hurling a fire extinguisher during the brawl. In another video, a man holding an axe and sporting a bloodied face had a chair and other items thrown at him.

Because of the violence, organizers decided to postpone the England Boxing National Youth Championship in the central English city of Coventry.

England Boxing officials said they “utterly condemn” the events and were working with police, while also launching their own investigation.

“We share with all boxers, coaches, officials and genuine spectators a huge sense of disappointment that the competition has not been allowed to run its course after the hard work put in by so many, not least the boxers themselves,” the body said in a statement published Sunday.

England Boxing said it would look to reschedule the competition.