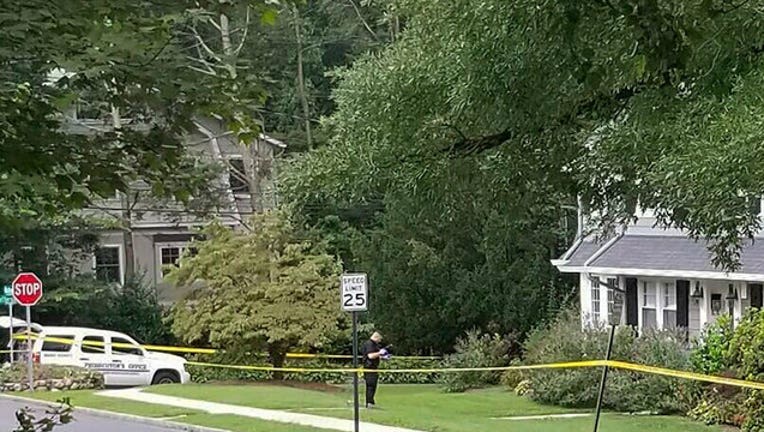 MAPLEWOOD, N.J. (AP) — A man has been charged in the deaths of his au pair girlfriend and her employer at his suburban home in northern New Jersey

MAPLEWOOD, N.J. (AP) — A man has been charged in the deaths of his au pair girlfriend and her employer at his suburban home in northern New Jersey.

Maplewood police responding to a report of a woman being assaulted shortly after 6 a.m. Saturday found an injured woman lying in the street. She was pronounced dead at Beth Israel Medical Ceneter and prosecutors identified her as 26-year-old Karen Bermudez-Rodriguez.

As officers canvassed the scene, the body of 40-year-old David Kimowitz was found in his home nearby. Police said the female victim was employed as an au pair for the Kimowitz family, and Porter had been dating her. Prosecutors said county sheriffs, Port Authority police, and U.S. Homeland Security investigators assisted in the investigation.

The North Jersey Record reported that Kimowitz was one of the owners of The Stand Restaurant and Comedy Club in New York City, according to neighbors and club employees. A woman who identified herself as the general manager Saturday evening declined comment "out of respect for the family." Comedians posted condolences on Facebook.

In a story Aug. 4 about the killings of an au pair and her employer, The Associated Press reported erroneously that they were killed by gunfire. Investigators said in a criminal complaint that both were stabbed rather than shot.