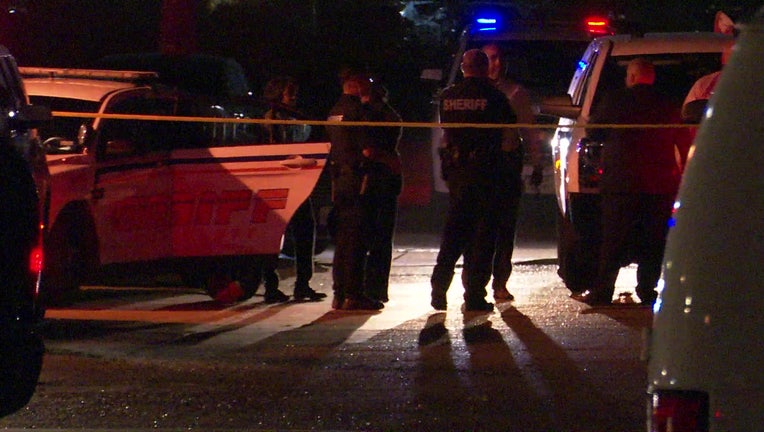 Photo from the scene.

According to Harris County Sheriff Ed Gonzalez, the shooting occurred at Park Falls Apartments, located in the 19300 block of Park Row Drive.

Deputies and EMS responded to the scene around 6:30 p.m. and pronounced the man dead in the front seat of his vehicle.

According to the sheriff’s office, the man was wanted for felony family violence out of Harris County.

Investigators say the bounty hunter located the wanted man in the parking lot in a vehicle with his fiancée and a three-month-old baby.

The sheriff’s office says the bounty hunter blocked the man’s vehicle in as the vehicle pulled up to a locked exit gate.

Authorities say the bounty hunter then got out of his vehicle and pointed a firearm at the man, who was still in his vehicle.

The woman and the child were not shot.

Investigators with the Harris County Sheriff’s Office Homicide and Crime Scene responded to the scene for the investigation. The bounty hunter provided a statement to homicide investigators.

Authorities also spoke with witnesses and collected surveillance video from the scene.

According to the sheriff’s office, the Harris County District Attorney's Office was contacted and advised the case would be referred to a grand jury.

The investigation into the shooting is ongoing.