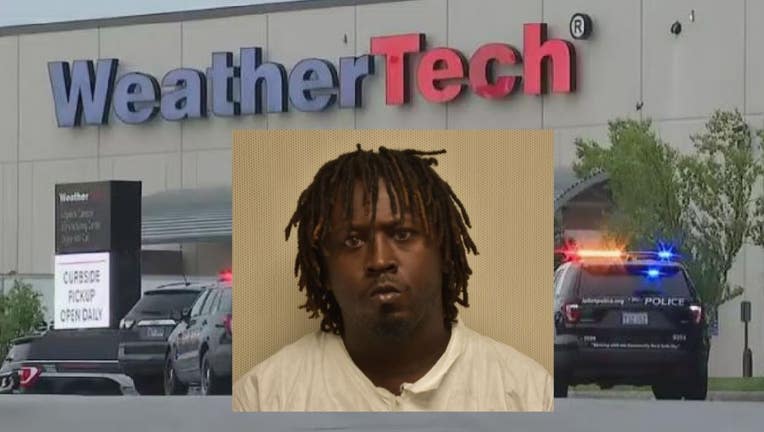 BOLINGBROOK, Illinois - Bolingbrook police said that the man who opened fire at WeatherTech on Saturday morning, killing one person and wounding two others, was a temporary employee named Charles McKnight.

Bolingbrook police responded to a call of service near WeatherTech Saturday morning.

Police identified the man who died as Central Hightower, 37, of Plainfield.

Bolingbrook police said they were called to WeatherTech at 6:25 a.m. and found three people shot. The suspect, McKnight, had taken off.

Police said coworkers said McKnight had been working the overnight shift and had been confronted by coworkers after he had robbed two of them of a watch and a wallet at gunpoint. They argued, and police said McKnight pulled out a handgun and shot three of them.

McKnight was arrested a couple hours later. Police said he was with a temporary employment agency and he was assigned to WeatherTech on June 9.