The Thunderbirds and the Blue Angels flew over New York City.

NEW YORK - The U.S. Navy's Blue Angels and the Air Force's Thunderbirds honored frontline workers during the coronavirus pandemic with flyovers across the nation including New York and New Jersey.

On Tuesday, the U.S. military's two top flight demonstration teams dedicated to showcasing America's air prowess, visited Manhattan and Newark at noon and then Trenton around 1:45 p.m. before heading to Philadelphia.

The Blue Angels and Thunderbirds shared a graphic via Twitter of the flight path for Tuesday's show.

"The 40-minute joint flyover is a salute to frontline COVID-19 first responders. Times are subject to change. Residents should observe the flyover from the safety of their home-quarantine and should refrain from traveling to see the flyover. Social distancing should be practiced at all times."

Residents along the flight path can expect a few seconds of jet noise as the aircraft pass overhead, along with the sight of 6 F-16C/D Fighting Flacon and 6 F-18C/D Hornet aircraft flying close in precise formation, according to AF Thunderbirds website.

"What we're doing is we're paying tribute to our front line health care workers confronting COVID," said President Donald Trump during a coronavirus briefing. "And it's really a signal to all Americans to remain vigilant during the outbreak. This is a tribute to them, to our warriors. Because they are equal warriors to those incredible pilots and all of the fighters that we have for the more traditional fights that we win and we win." 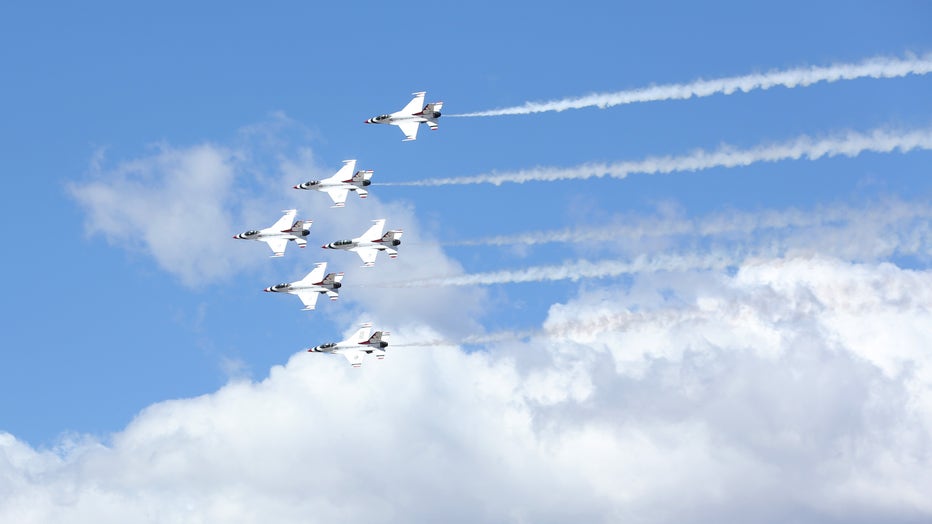 The U.S. Air Force Air Demonstration Squadron Thunderbirds perform a flyover in honor of front-line responders in the fight against the coronavirus on April 11, 2020 in North Las Vegas, Nevada.(Photo by Gabe Ginsberg/Getty Images)

"They're going to be doing a lot of work, a lot of very dangerous flying. It's dangerous," Trump said, admiring the precision flying and acrobatics for which the Thunderbirds and Blue Angels are known. "You know the odds when you start going at massive speeds and you're 18 inches away from each other, that's dangerous work."

The elite flying teams were expected to take part in a July 4th celebration over the National Mall.

"And on July 4th, we'll be doing what we had at the mall, as you know, we're going to be doing it," Trump said. "Last year was a tremendous success. And I would imagine we'll do it — hopefully I can use the term 'forever.' It was a great success, as you remember." 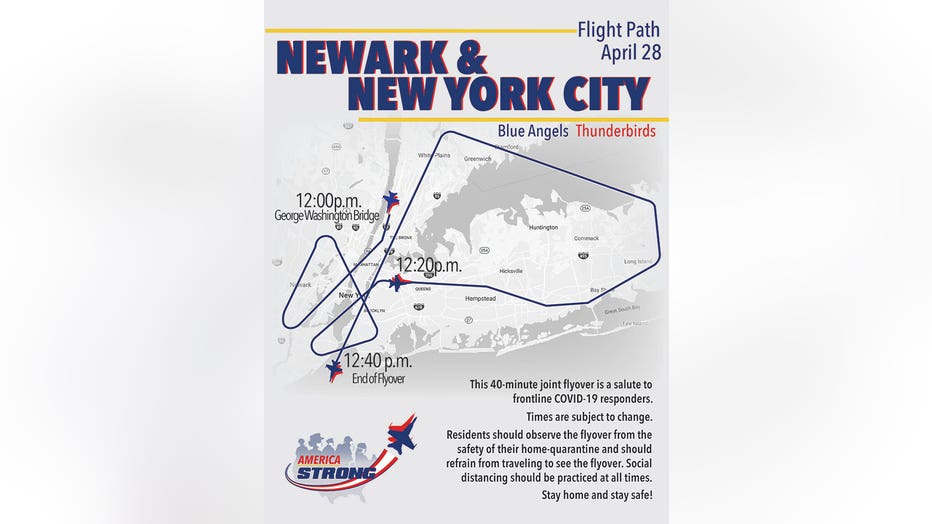 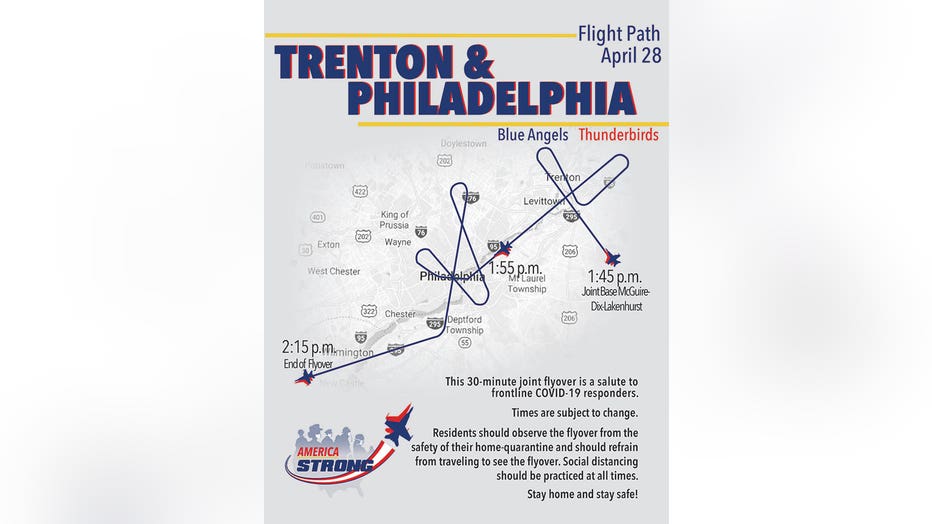