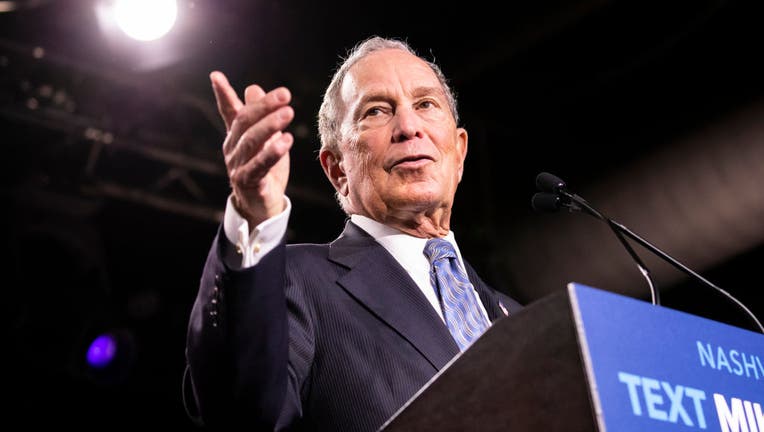 The lawsuit, filed Monday in the Southern District of New York, claims that the campaign guaranteed employment through the presidential election in November 2020, eve in Bloomberg did not win the Democratic nomination.

The suit claims that the campaign also had promised to provide full employer-paid healthcare benefits to many campaign employees, their spouses, partners, and children.

The campaign terminated many campaign workers soon after Bloomberg dropped out of the race on March 4, 2020.

In an emailed statement to FOX5NY.com a campaign spokesperson said:  "This campaign paid its staff wages and benefits that were much more generous than any other campaign this year. Staff worked 39 days on average, but they were also given several weeks of severance and healthcare through March, something no other campaign did this year."

The statement went on to say:  "Given the current crisis, a fund is being created to ensure that all staff receive healthcare through April, which no other campaign has done. And many field staff will go on to work for the DNC in battleground states, in part because the campaign made the largest monetary transfer to the DNC from a Presidential campaign in history to support the DNC’s organizing efforts."