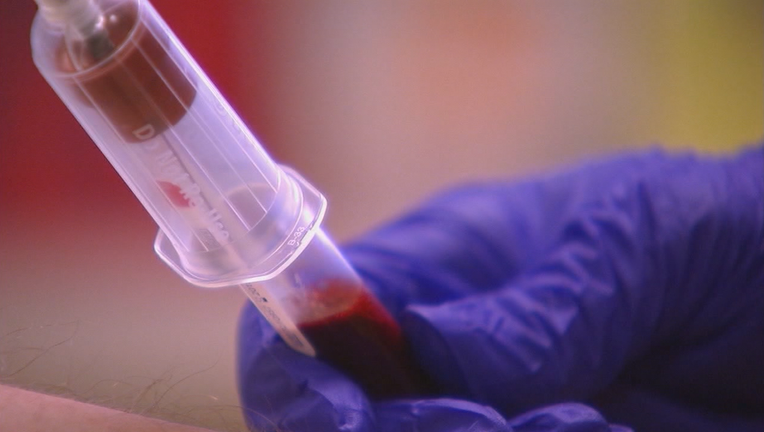 Blood is drawn from a patient

NEW YORK - Think you’re aging too fast? There might be a simple blood test to check.

According to a new study published in the journal Nature Medicine, scientists who analyzed blood plasma in over 4,200 people say that they have found a link between aging and 373 proteins.

The study’s senior author says that certain proteins in the blood can give information about a person’s health status and that roughly a third of all the proteins analyzed in the study changed with advanced age.

The results revealed that aging does not occur at a steady pace, but that it has three distinct surges, at ages 34, 60 and 78. At each of those ages, tests detected spikes in certain protein levels with noticeable changes.

Researchers say they hope a blood test of the proteins could predict those at-risk for age-related conditions like Alzheimer ’s disease or reveal what drugs have an effect on aging.