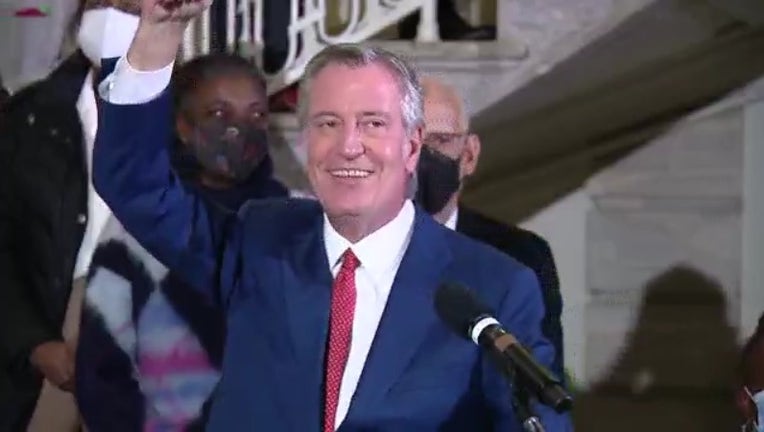 The two-term Democrat, who left office at the end of 2021, said Wednesday that he's formed an exploratory committee for New York's 10th Congressional District. The Democratic-heavy district will include a large slice of western Brooklyn, where he lives.

New York's 10th District is currently represented by Democratic U.S. Rep. Jerry Nadler, but the state's political maps are being redrawn under supervision of a New York judge after a court found they were unconstitutional and gerrymandered in favor of Democrats.

The court this week unveiled new proposed maps that significantly draw a number of New York City-based districts. Nadler said he believed the maps were changed so much that they are also unconstitutional, but if the proposed districts become final at the end of this week, he intends to run in the 12th District representing Manhattan.

The primary contest has been pushed back from June to August 23.

De Blasio toyed with running for governor this year before deciding to sit it out. He also had a short-lived run for president in 2019.