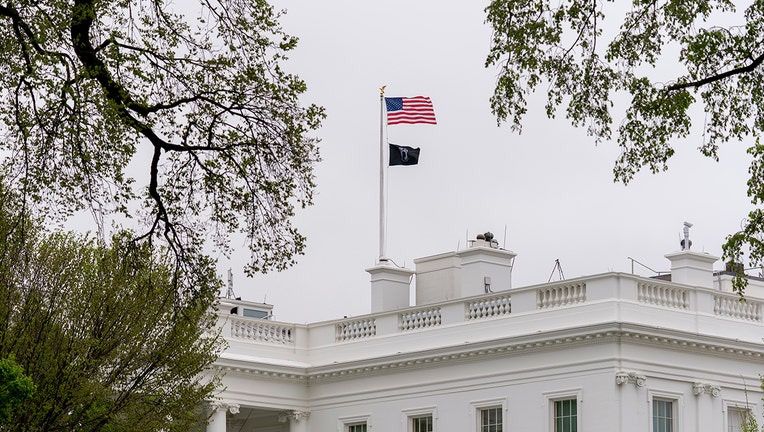 A POW/MIA flag, symbolizing America's Missing in Action and Prisoners of War, flies along with the American flag above the White House, Friday, April 9, 2021, in Washington. (AP Photo/Andrew Harnik)

WASHINGTON - President Joe Biden has restored the prisoner-of-war/missing-in-action flag to its former location atop the White House.

The black-and-white POW/MIA flag returned atop the chief executive's residence, just below the American flag, on Friday, which is National Former POW Recognition Day. White House press secretary Jen Psaki said that the return was "in keeping with the president and first lady’s commitment to honor the sacrifices of all those who serve."

Last summer, former President Donald Trump had moved the POW flag from its customary perch to a less prominent location on the White House South Lawn. The location atop the White House can be seen from a much greater distance.

The move came after a request from a bipartisan group of senators. Sen. Jon Tester, D-Mont., tweeted that he was "proud" to see the flag above the White House again as a way of honoring "the sacrifices of our brave servicemembers who were held behind enemy lines, and those who have not yet returned home."