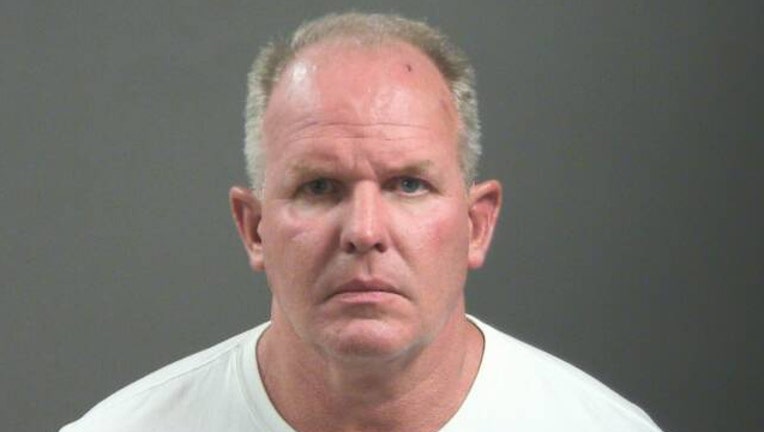 An executive at an artificial meat company is accused of biting a man's flesh during a fight after a college football game.

Police arrested Doug Ramsey, 53, the chief operations officer of Beyond Meat, at a parking garage near Razorback Stadium following a University of Arkansas football game on Saturday.

He allegedly bit a man's nose during a fight.  Police found Ramsey and the other man with bloody faces according to a FOX 24 report.

Witnesses said Ramsey was in a traffic lane and attempting to leave when the driver of a Subaru "inches his way" in front of Ramsey's vehicle. Ramsey allegedly got out the vehicle and "punched through the back windshield of the Subaru," according to the station, citing a preliminary police report.

During the alleged attack, Ramsey allegedly bit the other man's nose, "ripping the flesh of the tip of the hose," the report said.

The victim and a witness told authorities Ramsey threatened to kill the Subaru driver. People in other vehicles got out of their vehicles and helped separate the pair.

FOX5NY has reached out to Beyond Meat for comment.  This story will be updated if the company responds.