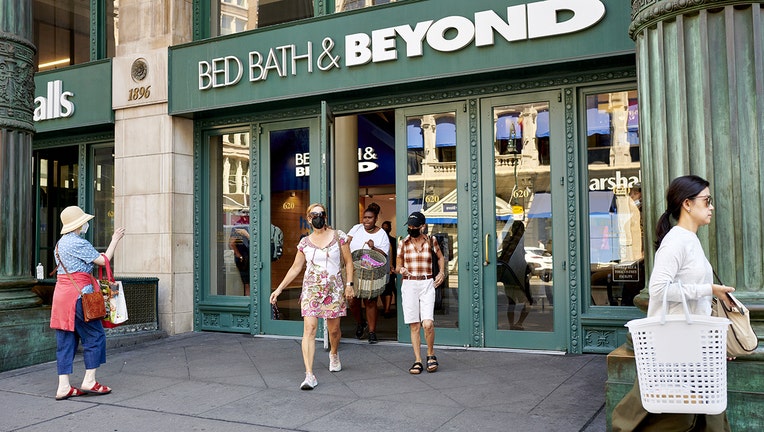 NEW JERSEY - New Jersey-based Bed Bath & Beyond says it is cutting its staff and closing around 150 stories in a restructuring plan to improve its balance sheet.  The company did not immediately release the stores that are expected to close.

The company says it is embracing a "back-to-basics" philosophy in an effort to attract more customers to its stores.

The company says it has lined up $500 million in new financing and plans to offer up to 12 million shares of common stock for sale to pay down debt.

Part of the job cuts will be approximately 20% across its corporate and supply chain workforce.

The company also plans to slash capital spending from $400 million to $250 million.

The company says it will "rebalance" the goods it offers in the story including bringing back popular national brands, although it did not same any that might return.

Bed Bath & Beyond says it will discontinue three of its nine private brands as part of the restructuring and cut the inventory on its remaining brands.

The company reported net sales of approximately $1.45 billion in the past fiscal quarter. That's down approximately 26% compared to the previous year.

The struggling company was accused of turning off the air conditioning in stores earlier this year in an effort to cut costs. The company denied that it was doing that.