Officials in Bayonne, N.J., have covered up Vladimir Putin's name on the city's 9/11 Memorial. Putin was present at the groundbreaking of the memorial, which was a gift from Russia.

BAYONNE, N.J. - A city in northern New Jersey is covering up part of its Sept. 11, 2001, memorial in protest of the Russian invasion of Ukraine.

The memorial in Bayonne was actually a "gift from the people of Russia," according to its dedication plaque, and includes Russian President Vladimir Putin's name — which is the part that is now obscured.

Putin attended the memorial's groundbreaking back in 2005.

Bayonne covered Putin's name indefinitely in two places — the monument itself and on the dedication plaque, according to Mayor Jimmy Davis. 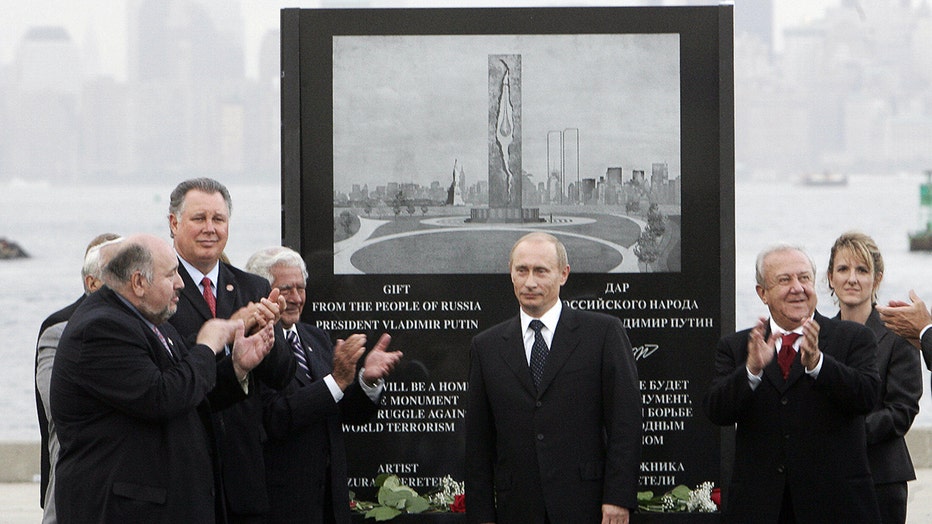 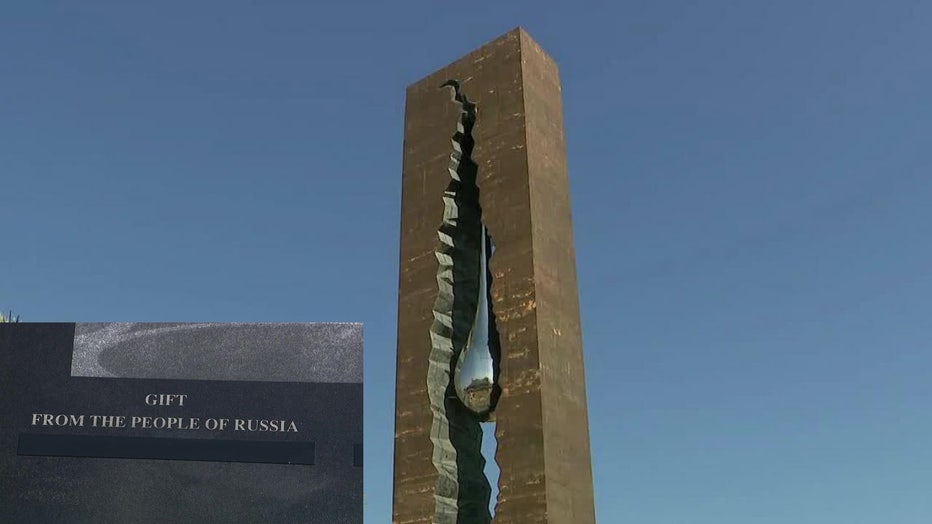 The monument, officially called "To the Struggle Against World Terrorism," was created by Moscow-based sculptor Zurab Tsereteli, who apparently paid for it himself, according to an article in The New Yorker. Also called the Teardrop Memorial because of its design, the sculpture overlooks New York Harbor from a man-made peninsula.

Former President Bill Clinton spoke at the memorial's dedication in 2006. 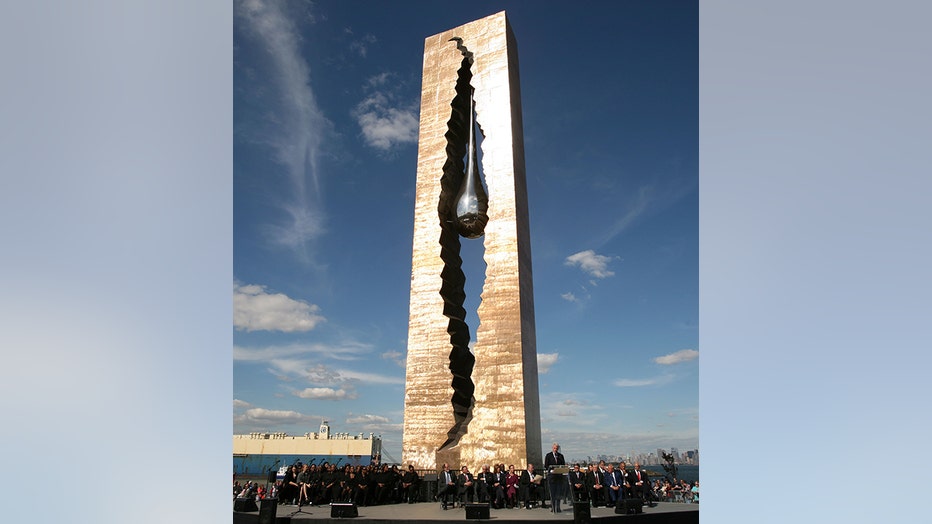 Former President Bill Clinton speaks at the dedication of the monument "To The Struggle Against World Terrorism," Sept. 11, 2006, in Bayonne, New Jersey. (Photo by Sylwia Kapuscinski/Getty Images)