Lauren Pazienza appeared in court in Manhattan on Tuesday. She pleaded not guilty to manslaughter and assault charges in connection with the death of beloved vocal coach Barbara Maier Gustern.

NEW YORK (AP) - A woman charged in the death of an 87-year-old Broadway singing coach in Manhattan pleaded not guilty to manslaughter and assault charges Tuesday and was detained after a judge revoked her $500,000 bail.

Lauren Pazienza, 26, appeared before a judge as a prosecutor disclosed new details of the events leading up to the attack on Barbara Maier Gustern. She suffered a head injury after being shoved to the ground on West 23rd Street in the Chelsea neighborhood on March 10 and died five days later.

Assistant District Attorney Justin McNabney said Pazienza became upset on the night of March 10 after she and her fiancé were told to leave Chelsea Park, where they were eating meals from a food cart, because the park was closing soon. Pazienza stormed off, encountered Gustern while walking away and pushed Gustern to the ground, McNabney said. 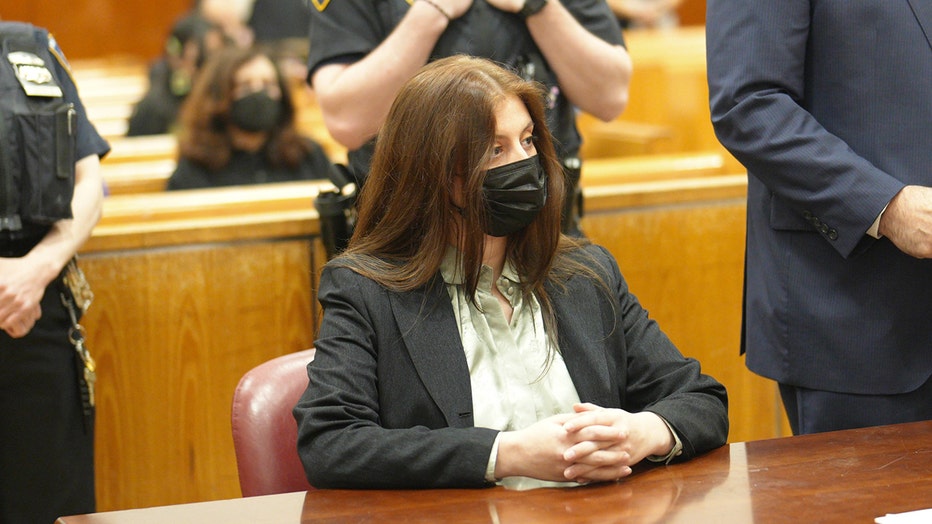 Lauren Pazienza, 26, appeared before a judge in Manhattan on Tuesday, May 10, 2022. (Pool Photo by The Daily Mail)

Pazienza had several glasses of wine beforehand while celebrating with her fiancé that night because it was 100 days before their wedding, the prosecutor said. In an interview with police, Pazienza's fiancé said she told him about the incident and said the elderly woman "might have said something" to her, although she wasn't sure.

Judge Felicia Mennin revoked Pazienza's bail after McNabney argued she was a flight risk and a threat to others. Pazienza's lawyer, John Esposito, said she was not a flight risk, and she did not know the victim was elderly.