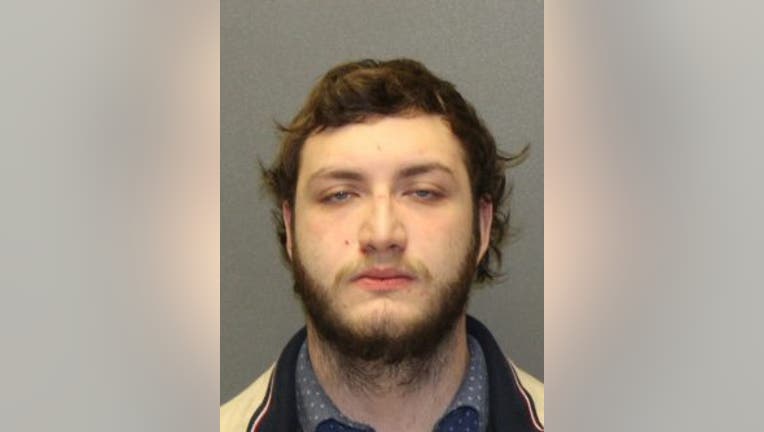 BEL AIR, Md. - Police in Maryland have arrested a bank teller accused of a home invasion of a customer who had recently withdrawn a large sum of money.

He got away but was arrested at the bank on Wednesday.

The victims said a man rang the doorbell, then forced his way into the home when the resident opened the door and immediately began assaulting him until the stepdaughter intervened.

At that time, the suspect ran upstairs, and the stepdaughter ran to a nearby home to call police.

Both victims suffered injuries in the attack. Medics treated one victim at the scene, while another was transported to Johns Hopkins Bayview for treatment of what are believed to be non-life-threatening injuries.

Newell is charged with home invasion, robbery, 1st and 3rd degree burglary, and 1st and 2nd degree assault. He was transported to the Harford County Detention Center, where he was being held without bail.

Freedom Federal Credit Union president and CEO Michael MacPherson told The Baltimore Sun that Newell has been fired. Charging documents say Newell confessed to the crime and said he did it because he was tired of working two jobs.

Harford County Sheriff Jeff Gahler told WJZ it was "almost like a reverse bank robbery" and he hadn’t seen anything like it in 34 years in law enforcement.