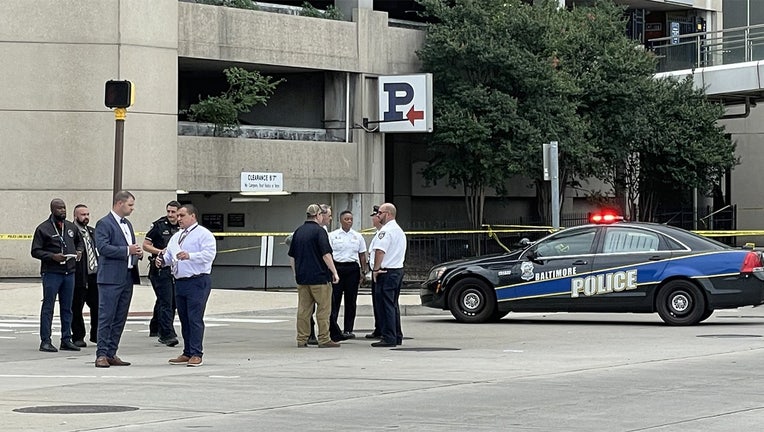 Baltimore Police released a photo of the scene were a driver was shot.

A man was shot and killed after swinging a baseball bat during a confrontation with people who were cleaning windshields for cash at a downtown Baltimore intersection, according to police.

It happened Thursday near the city's Inner Harbor.

Baltimore Police say that Timothy Reynolds, 48, was driving through an intersection at Light St. and Conway St. when he encountered so-called squeegee workers.

Police say he had a heated exchange before Reynolds drove through the intersection, parked his car, and came back with a baseball bat.

"He swung the bat at one or more of those squeegee workers. In return, one of the squeegee workers pulled out a gun and fired, striking this male victim," Police Commissioner Michael Harrison said, adding that police didn't know if Reynolds hit anyone with the bat.

Reynolds, who was white, was pronounced dead at a hospital.

The workers ran off on foot, Harrison said. No arrests had been made and police were still seeking tips.

Squeegee workers, also known as squeegee kids, consist mostly of teens from low-income neighborhoods who clean drivers’ windshields at intersections in exchange for money. Some drivers in Baltimore have complained about them.