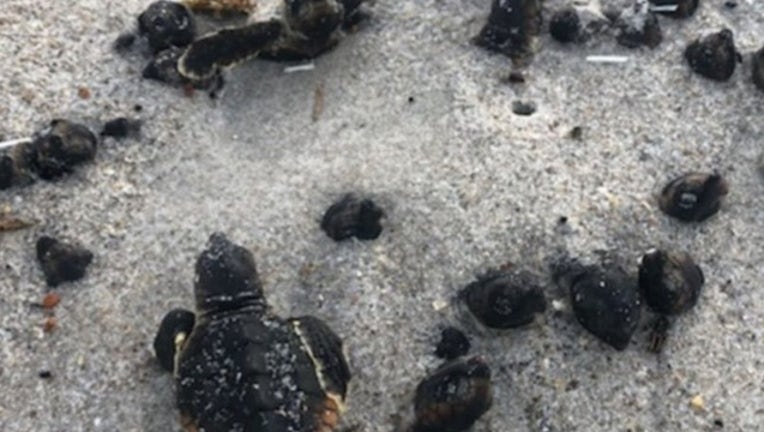 SATELLITE BEACH, Fla. (FOX 35 ORLANDO) - A Florida woman is calling for action after she stumbled upon several baby sea turtles that appeared to have been set on fire at a beach.

Rhonda Wundke tells Fox 35 she and her husband were out walking on High Tower Beach in Satellite Beach, Florida on Sept. 1 when she stumbled upon a dead baby turtle. Just a few feet away, Wundke says she made another gruesome discovery.

"I found one dead turtle, then we came upon the burnt grave. Then there were just many more burnt, dead turtles here and there.. the charred wood was around them," she wrote on Twitter. "Burnt babies everywhere."

Wundke says she wants the person responsible for such a horrific crime to be held accountable.

Wundke tagged the Melbourne Police and the Florida Wildlife Federation (FWF) in her post hoping an investigation will be launched.

Fox 35 has contacted the agencies, including the Brevard County Sheriff's Office, to see if they are investigating. None have responded at the time of this writing.