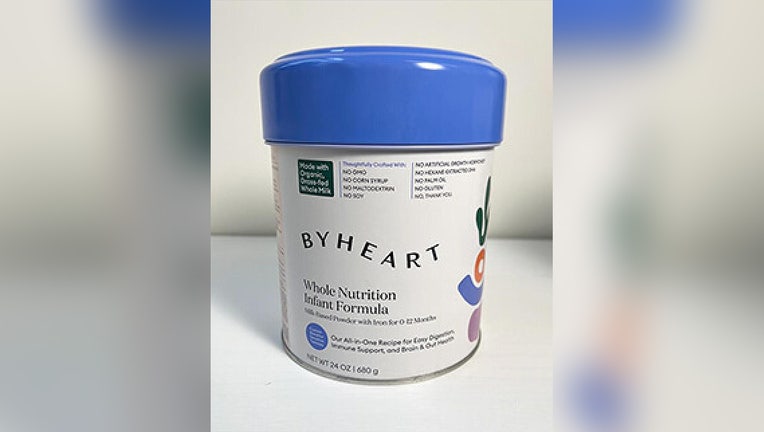 ByHeart is recalling some of its infant formula out of an abundance of caution after a sample from a third-party manufacturing facility tested positive for bacteria.

Five batches of ByHeart Whole Nutrition Infant Formula were recalled "due to the potential for cross-contamination with cronobacter sakazakii," according to a notice posted by the Food and Drug Administration (FDA).

ByHeart owns and oversees its entire manufacturing supply chain except for the final canning process, which the company says is done by a reputable third-party packager. The recall was initiated after one test sample from the third-party facility tested positive for the bacteria. 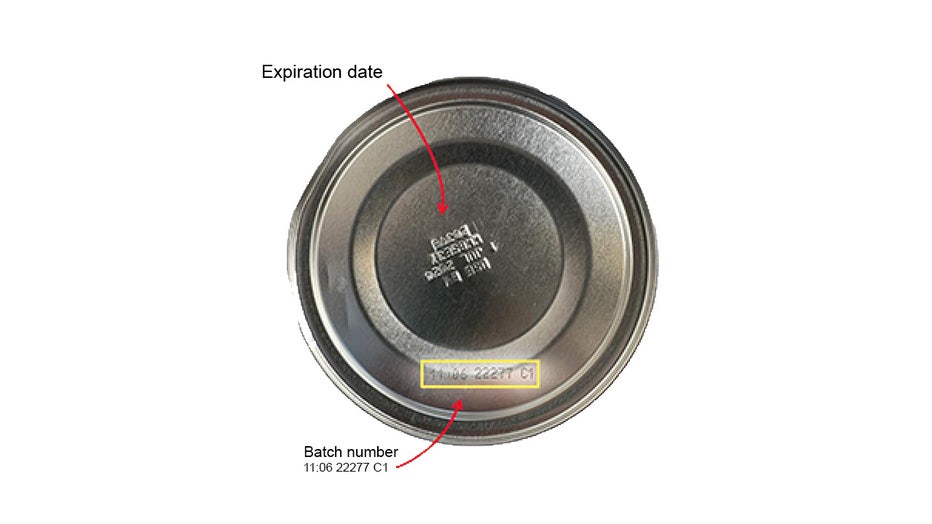 The company said the recall was not related to its manufacturing facility in Pennsylvania, which continues to run 24/7 with a re-stock expected in January.

"All product packaged that day, and the first production on the next day, was isolated for destruction and not distributed," ByHeart said in the recall notice. "Out of an abundance of caution, we are now recalling all product produced during the entire production run."

ByHeart's recall includes the ByHeart Whole Nutrition Infant Formula, Milk Based Powder with Iron for 0-12 months in 24-oz. containers, which was distributed directly to consumers in the U.S., according to the recall notice.

The distributed product has not tested positive for the bacteria or any contaminants, according to the recall. The company has not received any complaints "that would indicate any illness," the notice continued.

According to the Centers for Disease Control and Prevention (CDC), cronobacter is a bacterium that has previously been found in dry foods such as powdered infant formula.

The "bacteria can cause severe, life-threatening infections" such as sepsis or meningitis, according to the recall.

Sepsis and meningitis symptoms can include poor feeding, irritability, temperature changes, jaundice, grunting breaths and abnormal movements. An infection can also cause bowel damage, and it can spread through the blood to other parts of the body, the recall notice continued.

This recall only impacts five batches, but it comes after an industry-wide baby formula shortage earlier this year.

Earlier this year, Abbott Nutrition – which makes brands such as Similac – closed its Michigan plant for several months because of contamination issues. The shutdown exacerbated the ongoing industry-wide shortage.

ByHeart says it's working around the clock "to meet the demand for formula." However, the fastest way to replace the formula customers purchased is to cover the cost of two cans of alternate formula, the company said.

As a result, affected customers will get two cans of their next order of ByHeart Whole Nutrition Formula for free, the company continued.

"ByHeart knows that formula is critical to a baby’s health and growth and wants to make sure that all customers have what they need to keep their baby fed and healthy, no matter what brand of formula they use," the company said in a statement.