When a large chunk of the ceiling fell onto the platform and tracks inside the Borough Hall subway station in June 2018, the MTA Office of the Inspector General, an independent watchdog, launched an audit into what happened. The OIG found serious flaws with the MTA's inspectors. Reported by Sharon Crowley

NEW YORK - Engineers with New York City Transit relied on "ineffective inspection measures" and failed to realize the severity of structural defects in a subway station in Brooklyn for a few years leading up to the partial collapse of a ceiling there, according to a report by the MTA's watchdog.

On June 20, 2018, a 10-foot-by-10-foot section of terracotta ceiling tile came crashing down onto the subway platform of the Borough Hall Station, which is more than 100 years old.

That no one was seriously hurt at the extremely busy station, which serves several subway lines, is "extremely fortunate," said MTA Inspector General Carolyn Pokorny, whose office conducted a review of what happened and on Tuesday released a report of its findings. 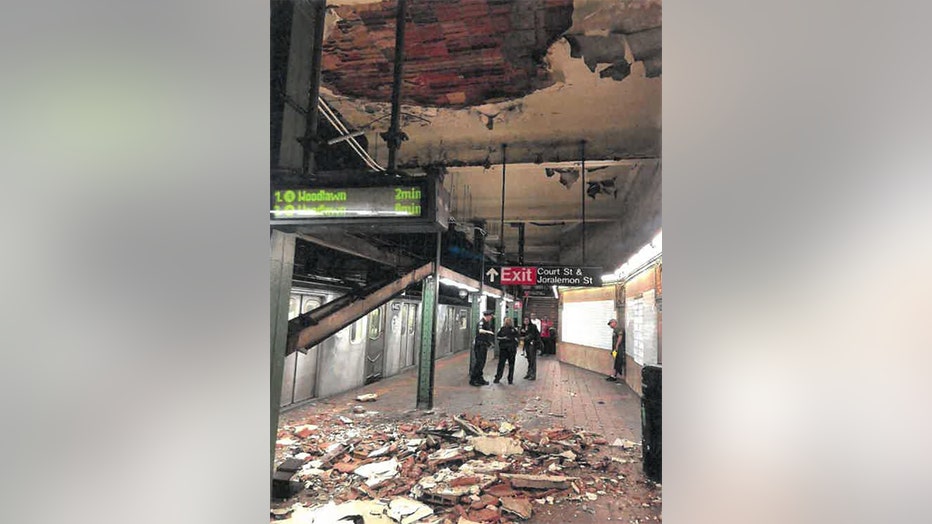 The OIG audit found that engineers could have prevented the $8.3 million emergency repair if they'd had the proper expertise. The audit also claims that transit engineers disregarded an earlier OIG review of similar incidents that offered guidance on how to improve structural inspections in the subway system.

"Had the recommendations issued in our 2010 report been fully implemented, it is likely that the extensive station damage and costly repairs could have been reduced, if not prevented," Pokorny said in a statement. "The safety of MTA riders, workers, and infrastructure will continue to be a priority for my Office, and I am confident that under current NYCT leadership with President Byford our recommendations will be utilized to prevent future occurrences."

In a statement, the MTA noted that the agency has used outside consultants to help inspect and survey infrastructure for several years.

"When the century-old Borough Hall station ceiling proved defective, engineers assessed the materials involved, shielding the structure, until a full rehabilitation could begin as part of the new capital plan," MTA spokesperson Tim Minton said in the statement.

The Borough Hall subway station in Brooklyn is more than 100 years old and is known to have water problems. That issue led to a ceiling collapse on June 20, 2018. Reported by Arthur Chi'en