Attorney Mark Nejame says his client is fighting for his life in the hospital after being severely burned during an arrest attempt at a gas station.

OSCEOLA COUNTY, Fla. - Earlier this year, surveillance video was released that showed the end of an apparent pursuit between a motorcycle rider and Osceola County deputies at a Wawa gas station in Florida, where a fire erupted shortly after.

The 26-year-old motorcycle rider, later identified as Jean Barretto, was seriously burned, suffering third-degree burns to 75% of his body, and remains hospitalized, according to his attorneys Mark NeJame and Albert Yonfa (Nejame's office is also representing the victims in the unrelated deputy-involved shooting outside a Target in Kissimmee).

Three deputies were hurt in the fire – two with minor injuries, and one with third-degree burns who also remains hospitalized, according to officials.

On Wednesday, attorney Mark NeJame demanded the Florida Department of Law Enforcement open an investigation and for Osceola County Sheriff's Office to release more information about the February incident.

Back in February, Osceola County Sheriff's Office said in a news release that the incident began after deputies received reports of people on motorcycles pointing guns at other vehicles. That reportedly led to a pursuit, which ended at the Wawa gas station. 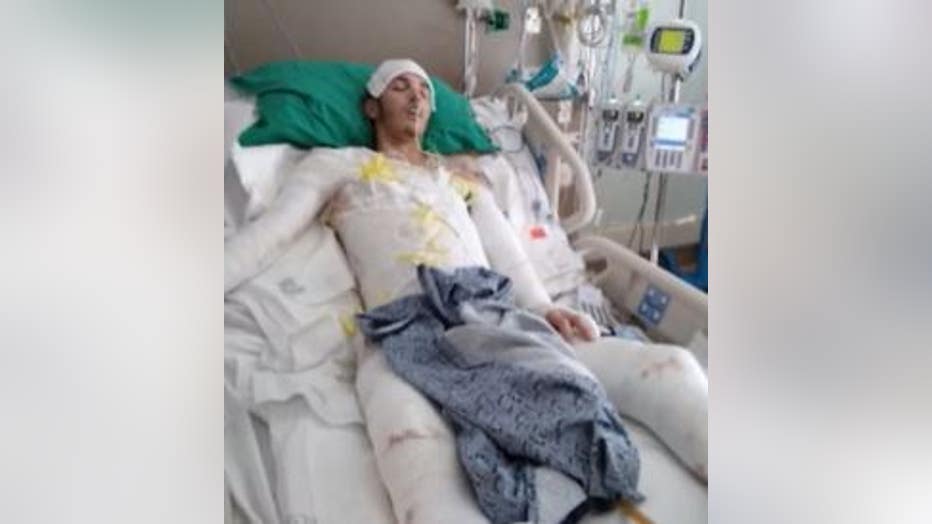 Barretto's attorney said the man was not pointing guns at other vehicles and was at the gas station to fill up on his way home.

"Never had a gun that day. Never brandished a gun. But yet is being vilified while he’s laying pretty much skinless in a hospital bed fighting for his life," NeJame said during a news conference on Wednesday.

NeJame also alleged that after his client was tackled by deputies, his motorcycle was knocked over and gas spilled on the ground, which was sparked by a deputy's Taser.

The Division of Investigative and Forensic Services also released its investigative report on Wednesday. That report said Barretto was not expected to survive his injuries. 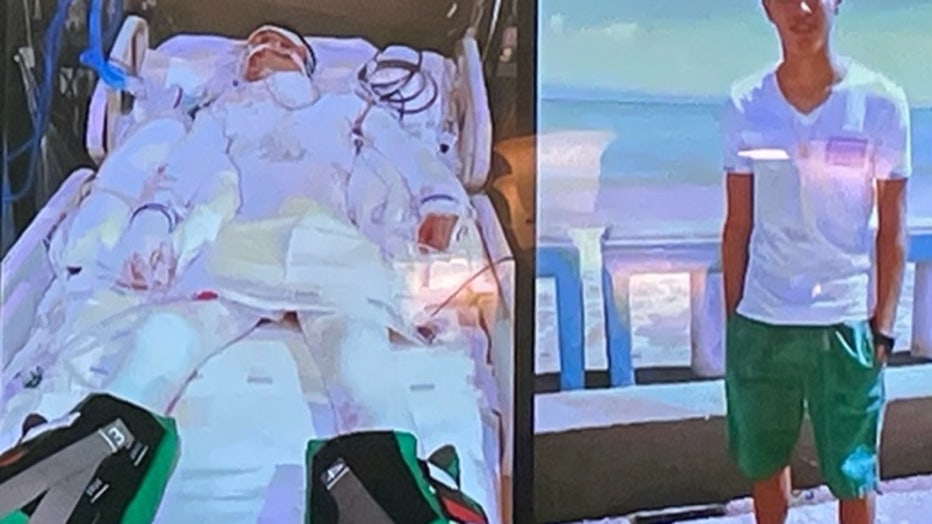 "This is a good, young man working at Fed Ex. Why is this happening?" NeJame asked, calling for the Florida Department of Law Enforcement (FDLE) to review the case. "We want FDLE to have an independent investigation."

"We don’t pursue. They fled the area; our aviation unit found multiple individuals, this one just so happen to stop here"

Sheriff Lopez plans to speak out about the case on Thursday afternoon.

In February, an eyewitness described what happened from their perspective at the gas station.

"They get to the car, and they was like ‘get on the ground!’ They're arresting the guy. We hear the Taser going off. All of a sudden you see a big flame go into the air!"

Editor's note: A previous version of this story had the alleged suspect's name misspelled. The correct spelling is Jean Louis Barreto.