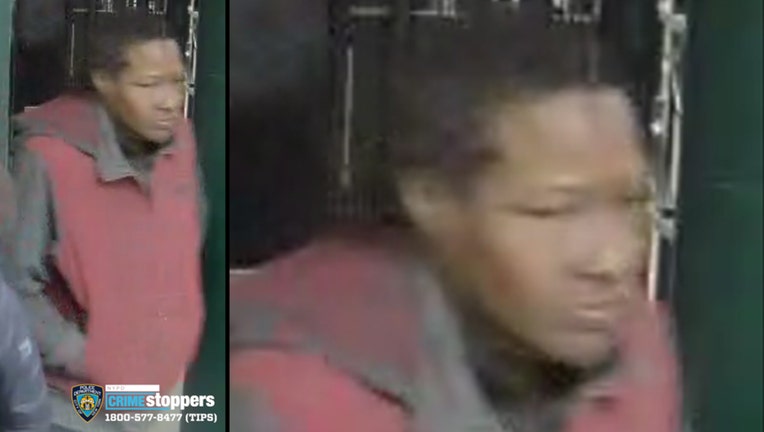 Police are looking for this woman, whom they believe tried to kidnap a 5-year-old boy in Brooklyn. (NYPD)

NEW YORK - The NYPD is looking for the person who tried to kidnap a child on a street in Brooklyn on Monday.

A woman came up to a family near the corner of Lafayette Avenue and Flatbush Avenue in Downtown Brooklyn at about 5:40 p.m., picked up a 5-year-old boy in front of his parents, and ran about 10 steps before dropping the child, police said.

The woman then ran away toward State Street, New York City police said.

"The child did not sustain any injuries as a result of this incident and was reunited with the parents," the NYPD said in a release.

Authorities released security camera images of the person they believe grabbed the boy.

Police described the woman as between 30 and 40 years old, last seen wearing a red and gray jacket and gray pants, and having a medium complexion, a medium build, and black short hair.