The woman left badly burned by a acid attack on Long Island is speaking out about her recovery as she recovers from the painful attack.

MINEOLA, N.Y. - Nassau County police detectives are investigating what appears to be an acid attack on a young woman on March 17.

Nafiah Ikram, 21, had just parked a car outside her family's home on Arlington Avenue in Elmont at about 8:30 p.m. that evening and was walking up the driveway when someone threw a corrosive liquid at her.

Ikram suffered burns on her face, neck, and hands, and now has limited vision in one eye. She said doctors confirmed that the substance was an acid.

"I can't really taste because the acid went into my mouth and down my throat. It's very hard to swallow things," Ikram said. "So I've been losing a lot of weight. Since I came out of the hospital I lost at least 20 pounds."

She said she hasn't had any problems with people.

"I've never had an issue with anyone," Ikram said. "It's very unprovoked so I'm kind of left in the dark right now."

Ikram's story has touched so many people, including neighbors who created a GoFundMe campaign to help her.

Celebrity Padma Lakshmi, a friend of the family, also posted a video on Instagram in a show of support.

Ikram and her parents don't believe the attack was a hate crime. They believe it was personal and not based on religion, though they can't figure out a motive.

The police have stepped up efforts to track down the attacker and anyone who may have helped him. Nassau County Crime Stoppers increased its usual reward to $20,000 for any tips that lead to the capture of anyone responsible, Commissioner Patrick Ryder said at a press briefing in Mineola on Thursday.

Ryder described the attacker as a man, about 6-feet-2 with a skinny build and wearing a black hooded sweatshirt and gloves. Police released images from security cameras showing a car driving away from the scene. Ryder described the car as a red Nissan Altima with New York plates and fog lights, likely from model years 2013 to 2015.

"We will — we will catch him," Ryder said. "We will find out who he is and then we will bring them to the district attorney's office." 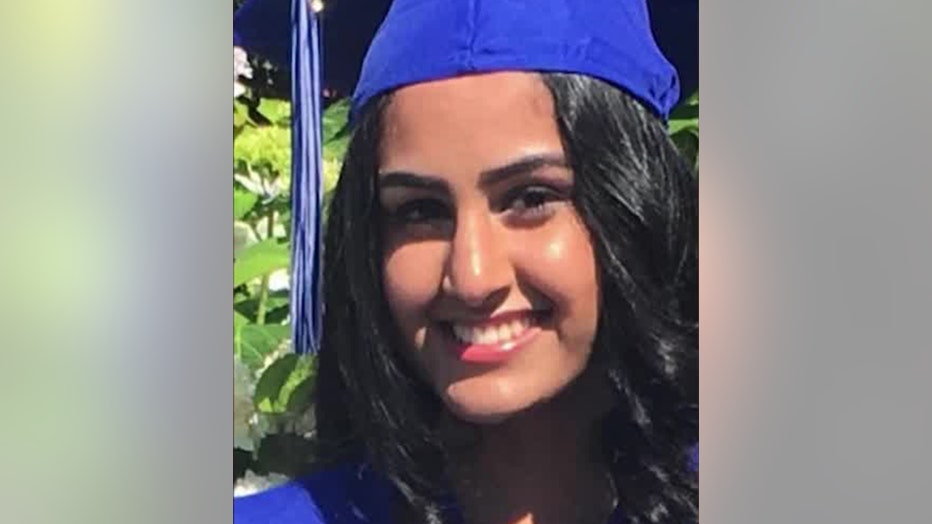 The New York chapter of the Council on American-Islamic Relations is calling for the police to investigate the attack as a hate crime. Ikram, a student at Hofstra University, is a Muslim of Asian descent, according to CAIR-NY.

"CAIR-NY is disturbed and shocked at the brutality of this crime, and law enforcement must do everything to apprehend the suspects. Our community deserves safety," CAIR-NY Legal Director Ahmed Mohamed said in a statement. "Amidst the rising hate crimes engulfing the state, it is important that this acid attack by an unknown individual be investigated as a possible hate crime."

Ryder said his detectives have not yet uncovered evidence of a hate crime. 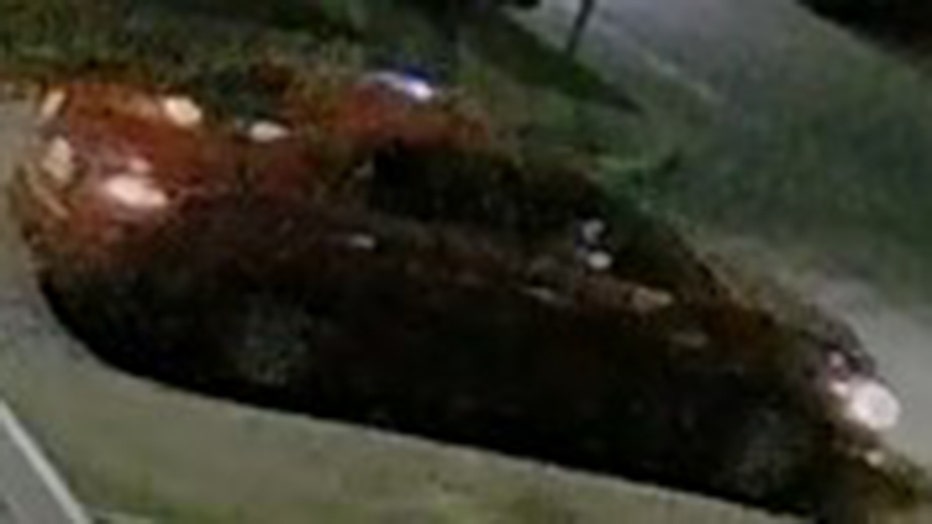 In a statement, Nassau County Executive Laura Curran called the attack "horrific" and asked the public to contact police detectives with any relevant tips.

"What happened to Nafiah is unacceptable, and we are committed to getting to the bottom of it," Curran said.

A Hofstra spokesperson, Neena Samuel, issued a brief statement on behalf of the university.

"We're shocked by this horrific attack, and our thoughts are with Nafiah, her family, and friends as she focuses on her recovery," Samuel said in the statement. "We are committed to supporting her through that process and will cooperate and facilitate that in whatever ways are helpful."

Ikram wants closure but said that her physical and emotional scars will take a long time to heal.

If you know the identity of the attacker or have any other information that could lead to his arrest, you can contact the police at either 800-233-8477 or NassauCounty.CrimeStoppersWeb.com.