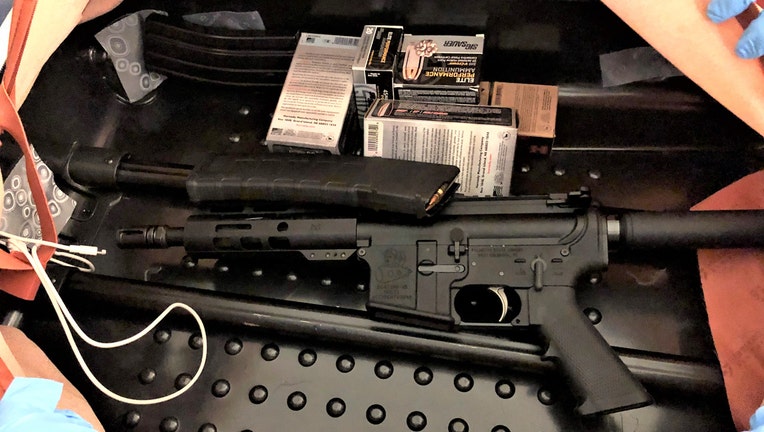 TSA officers found a rifle, magazines, and ammunition hidden inside the lining of a suitcase at Newark Airport. (TSA photo)

NEWARK, N.J. - Officers screening checked luggage at Newark Liberty International Airport found a potentially deadly and absolutely illegal assault-style rifle and a stash of ammunition hidden inside a secret space in a suitcase on Monday, according to the Transportation Security Administration.

"This was an incredibly good catch on the part of our officers because the traveler attempted to evade detection by concealing the items beneath the lining of his suitcase," Tom Carter, the TSA's federal security director for New Jersey, said in a statement.

The officers found an assault rifle, a high-capacity magazine, and four boxes of hollow-point bullets, all of which are all illegal in New Jersey, Carter said. They also found three more magazines (one was fully loaded) and two more boxes of rifle ammunition, he said.

The TSA officers called in the Port Authority police officers, who tracked down the passenger who had checked the suitcase, Carter said. The cops found the woman, a resident of East Orange, New Jersey, and her traveling companion in the terminal near the gate and arrested them both.

NOTE: This story has been updated to correct the traveler's gender.