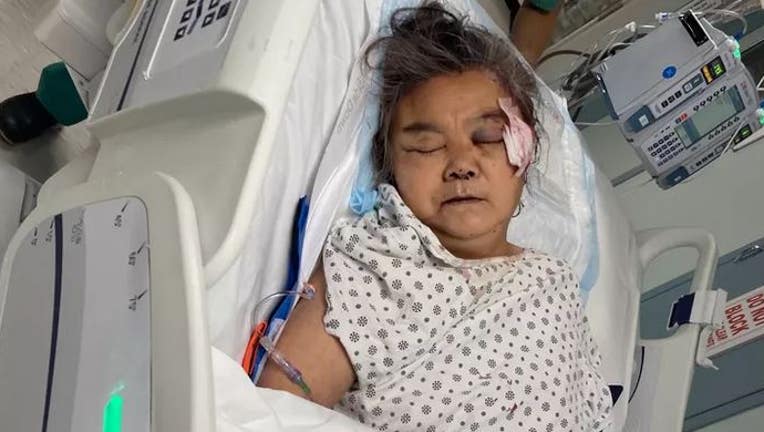 NEW YORK - The NYPD is investigating after a 61-year-old Asian woman was struck in the head with a rock in Queens in what could be a hate crime.

Authorities say the incident happened on Friday, just after 8 a.m. on 89th Street in Jackson Heights.

According to reports, QuiYing Ma was outside of her apartment when 33-year-old Elisaul Perez approached her and smashed her in the head with a rock.

Ma was taken to Elmhurst Hospital where she is currently in critical condition. Her friends have set up a GoFundMe page to help pay for her medical expenses.

According to the GoFundMe page, Ma is originally from China, and while her husband also lives in the U.S., the rest of her family is in China.

While the motivation for the attack is still unknown, police are investigating the incident as a hate crime.

Perez has been arrested and charged with first and second-degree assault and criminal possession of a weapon.