The NYPD wants to find the man that struck a woman with a walking cane inside a subway station in Morningside Heights.

NEW YORK - The NYPD Hate Crimes Task Force was investigating another unprovoked attack on an Asian woman in Manhattan.

This time, the 23-year-old victim was exiting the northbound 1 train in Morningside Heights at about 6:45 a.m. on May 12 when a man swung his walking cane at her multiple times striking her on the head and hip, said police.

The assailant boarded the train.  The victim refused medical attention.

Earlier this week, a 55-year-old woman was the victim of a brutal and unprovoked attack in Chinatown. The victim was walking along a street when she was punched in the face.

Police arrested a man who randomly punched a woman on the street in Chinatown.

The assailant in the Morningside Heights boarded the train. He is described by police as approximately 60-years-old, 5'4" tall, and weighing 150 lbs. He has a dark complexion, medium build, brown eyes, close-cut salt and pepper hair, mustache and a goatee.

Anyone with information about the attacker is asked to call the NYPD's Crime Stoppers Hotline at 1-800-577-TIPS (8477). The public can also submit their tips by logging onto the Crime Stoppers website at WWW.NYPDCRIMESTOPPERS.COM, or on Twitter @NYPDTips.

All calls are confidential, according to police. 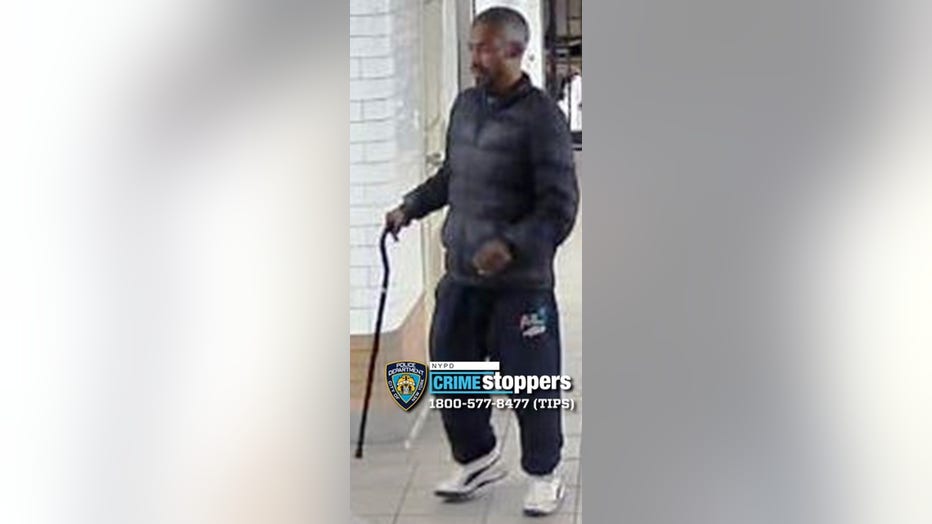 The NYPD says the man in this photo struck a 23-year-old woman in the head and hip with a walking cane inside a subway station in Morningside Heights. (FOX 5 NY)