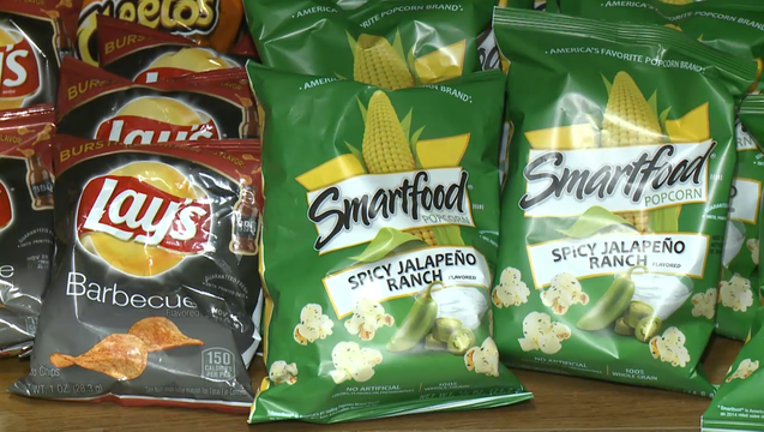 CONNECTICUT - The Connecticut agriculture commissioner is considering buying food in bulk to provide to organizations that feed needy people, which have seen huge upticks in demand coupled with challenges in getting supplies, he said Monday.

Having the state or another entity do so on behalf of charitable food banks and pantries might help make more food available, said Commissioner Bryan Hurlburt, whose agency was recently tasked with overseeing food insecurity issues amid the COVID-19 pandemic.

“Just like we saw with the PPE, each organization is trying to outbid the other for additional food, and that can’t be the solution as this turns into a long-term challenge that we have to respond to,” Hurlburt said at a virtual roundtable with U.S. Sen. Richard Blumenthal, a Democrat, and the organization End Hunger CT.

Hurlburt said his agency has already reached agreements with state colleges and universities to use their refrigerators to store bulk purchases of food and is looking to work with other entities.

He said many local pantries rely on about 75% of their food from the Connecticut Food Bank and Foodshare. But amid the pandemic, that level of support has been reduced to about 5%, forcing many of the locals to pay retail prices for food to help fill the shelves.

Representatives of various food pantries reported huge demands for assistance since the coronavirus struck the state.

Deidre DiCara, executive director of the FISH Food Pantry in Torrington, said in the online chat that some grocery stores they’ve relied in the past have ceased donating food. Other pantries have said they’re no longer receiving food donations from restaurants. DiCara said she is working with a local restaurant owner’s distributor to obtain meat, something the pantry has been unable to offer for a week.

That costs more, though, she said.

Various efforts are underway to make more food available to needy families in Connecticut. Hurlburt said more than 35 mobile EBT readers for food stamp recipients are being distributed to farm stands and farmers markets, because of grant funding received by the Department of Social Services.

That, he said, will double the current number of EBT readers at those locations.

The deaths of 2,556 Connecticut residents have been linked to COVID-19, the disease caused by the virus. More than 30,000 residents have tested positive for the virus. As of Monday, hospitalizations had declined for 12 consecutive days, to over 1,460.

For most people, the coronavirus causes mild or moderate symptoms, such as fever and cough, that clear up in two to three weeks. For some, especially older adults and people with existing health problems, it can cause more severe illness, including pneumonia, and death.

In other developments related to the coronavirus:

Two more prisoners in Connecticut have died from complications related to COVID-19, raising the total to five. The Department of Correction said the two died Monday morning.

Because of medical privacy laws, their names are not being released. One is a 60-year-old man who transferred to the UCONN Health Center on April 20 after testing positive for the virus. He was serving a 14-year sentence for first-degree burglary and was eligible for parole in 2023. The second individual, a 51-year-old man, was transferred to the Northern Correctional Institution's Medical Isolation Unit on April 24. He was later taken to a hospital, where he died. He had been serving a sentence of more than 42 years for murder since 1992 and was scheduled to be released in 2034.

Workers at Connecticut’s only nuclear power plant worry that managers are not taking enough precautions against the coronavirus after 750 temporary employees were brought in to help refuel one of the two active reactors.

Ten employees at the Millstone Power Station in Waterford have tested positive for the virus, and the arrival of the temporary workers alarms some of the permanent employees, The Day newspaper reported Sunday.

Millstone security officer Jim Foley, vice president of the local chapter of the United Government Security Officers of America, said security personnel have had to fight for personal protective equipment and for partitions at access points to separate staff from security. Foley also has filed a federal complaint saying Millstone staff are using ineffective cleaning materials. Millstone spokesman Kenneth Holt said the company has "actually gotten a lot of compliments from employees on the steps we’ve taken,” noting there's been increased cleaning staff on the weekends.

Secretary of the State Denise Merrill released a plan Monday aimed at making voting safe during the Aug. 11 primary and Nov. 3 general election.

Merrill said her office is requiring all cities and towns in the state to submit plans for the two elections that include a list of cleaning and safety products to be used, a list of polling locations, staffing levels at each polling location, and the names of polling workers and moderators.

Municipalities will be eligible for grants to cover the extra costs of holding elections during a pandemic, including expenses for cleaning products and increased staffing.