Police are searching for three suspects involved in setting a parked police van on fire in Fort Greene, Brooklyn.

NEW YORK - The NYPD arrested one of three men wanted in connection with the arson of a police van during protests in Brooklyn earlier this year.

Cops at the 88th Precinct in Fort Greene took Matthew Piscitello, 21, of Brooklyn into custody on Wednesday at about 4:40 p.m.

Police say that on May 29 at about 9 p.m., Piscitello and two other individuals used various incendiary devices to set fire to a parked and unoccupied police department vehicle. The police van at South Portland Avenue and DeKalb Avenue was destroyed in the fire.

Video of the incident was released by police. No injuries were reported. The other suspects remain at large. 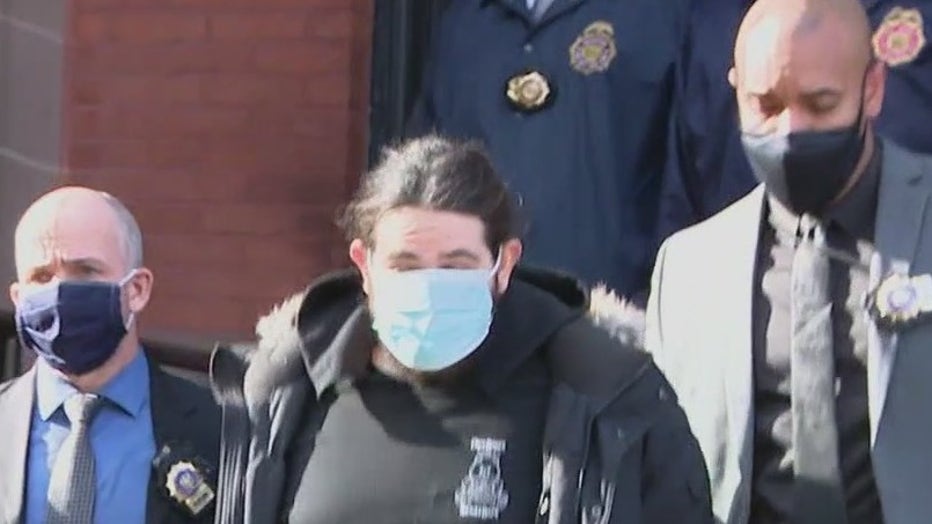 The following day, two licensed attorneys were arrested after one of them threw a device consisting of a glass bottle containing an incendiary chemical or "Molotov cocktail" into another police SUV in Fort Greene through a previously broken window, said police.

The incidents occurred during a tumultuous several weeks across the city as protests and demonstrations followed the police-involved death of  George Floyd.