2 men were brutally beaten and robbed in a road rage attack.

NEW YORK - The NYPD arrested a Queens man on Wednesday in connection with a brutal road rage attack that took place over the weekend.

Jovani Padin, 27, of 61 Street faces assault, robbery, and other charges in connection with the incident.

Police say that about 7 p.m. on Saturday a 23-year-old man was driving a white Nissan Sentra with a 55-year-old man in the passenger seat when his car hit a grey Honda Accord.

Officers say the victims and Padin and his female passenger got out of their cars.  They say that Padin demanded money for the damage to his vehicle. 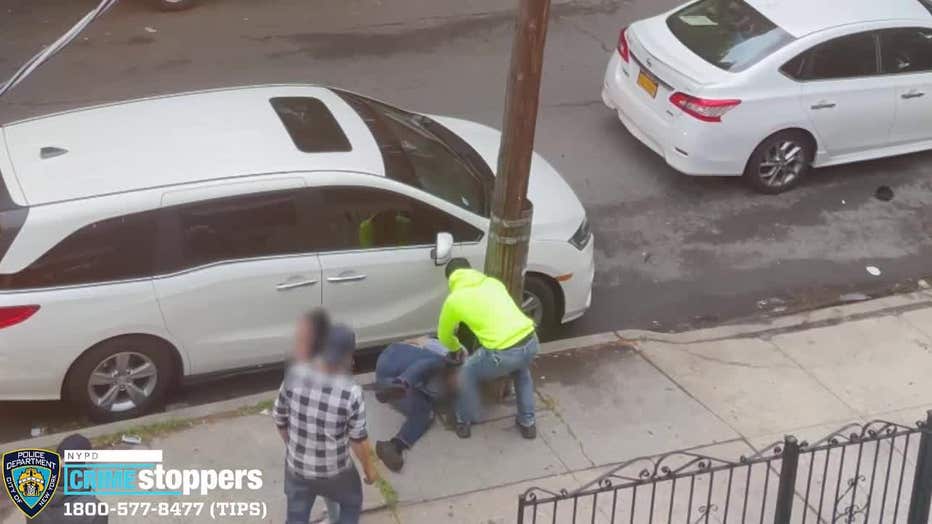 They say Padin began punching both victims in their faces. One of the victims was left lying in the street.

The shocking attack was caught on a video released by the NYPD.