The worker, identified as 25-year-old Miguel Angel Dominguez, was arrested on Dec. 12. He is accused of receiving and sharing child sexual abuse material to others. The victims in the materials appear to be anywhere from five to 13 years of age, according to investigators. FOX 10's Marissa Sarbak reports.

PHOENIX - Court documents show a prison worker in Arizona has been arrested for alleged sexual exploitation of minors.

According to the documents, police arrested 25-year-old Miguel Angel Dominguez on Dec. 12.

According to a court affidavit, an investigation into Dominguez began in November, following a tip that was sent to the National Center for Missing and Exploited Children (NCMEC) in regards to files uploaded to the internet in July 2022 on the messaging app Kik that were categorized as being either apparent child pornography or unconfirmed possible child pornography, otherwise known as Child Sexual Abuse Material (CSAM).

Court documents included graphic descriptions of what some of the materials contain. The victims in the materials appear to be anywhere from five to 13 years of age, according to investigators. Further investigation led officials to identify Dominguez as the suspect.

Dominguez, according to the documents, works at ASPC - Lewis, and was contacted by MCSO his workplace on Dec. 12.

"Post-Miranda Warnings, [Dominguez] admitted to accessing the messenger Kik on his phone around June or July. He recalled the approximate date due to the fact he was on Military Army Gard Training for approximately 1.5 months in California during that period," read a portion of the court documents.

According to investigators, Dominguez used Kik to send and receive CSAM. Dominguez claimed he shared CSAM to others in order to not get kicked out of an app room.

"MCSO knows from training and experience this is to help prove you are not undercover law enforcement," read a portion of court documents.

Dominguez, according to investigators, later said he was "curious" about children being sexually abused on image files.

Investigators say items were seized during search warrants that were served on Dominguez's car and his home. At the time the court document was drafted, 104 CSAM files have been discovered that are considered to be chargeable under Arizona law, and investigators said a forensic investigation is at the very beginning stages.

"While being transported from the residence/search warrant scene to the MCSO Major Crimes Division Building, [Dominguez] commented on how he screwed up his whole life with his choice to engage in CSAM," read a portion of the court documents. "[Dominguez] also commented that as a corrections officer, he mistreated people who were in prison. Now, he noted the irony of his situation."

According to court documents, Dominguez is accused of 10 counts of felony sexual exploitation of minors, A judge has set bond at $100,000 for Dominguez. Should he make bail, he will be subjected to electronic monitoring and house arrest. He is also barred from accessing the internet through any means, or have any contact with minors. 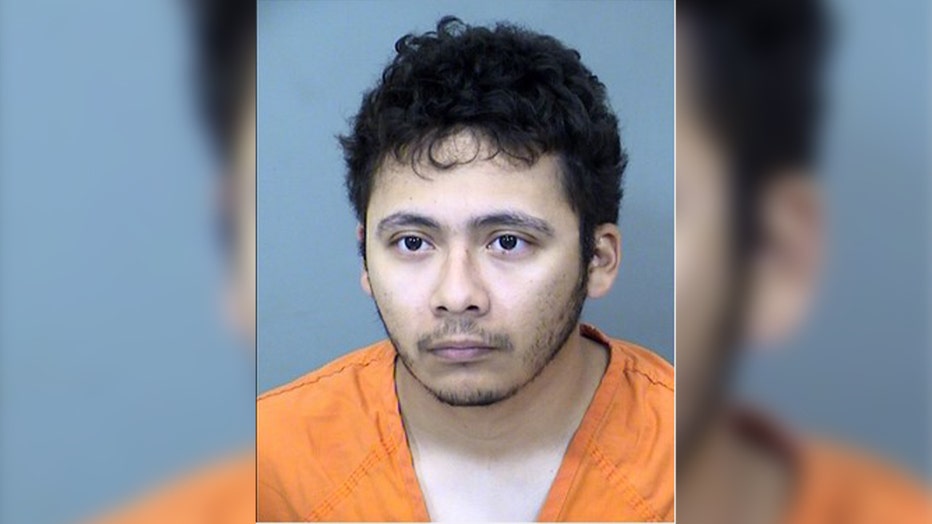